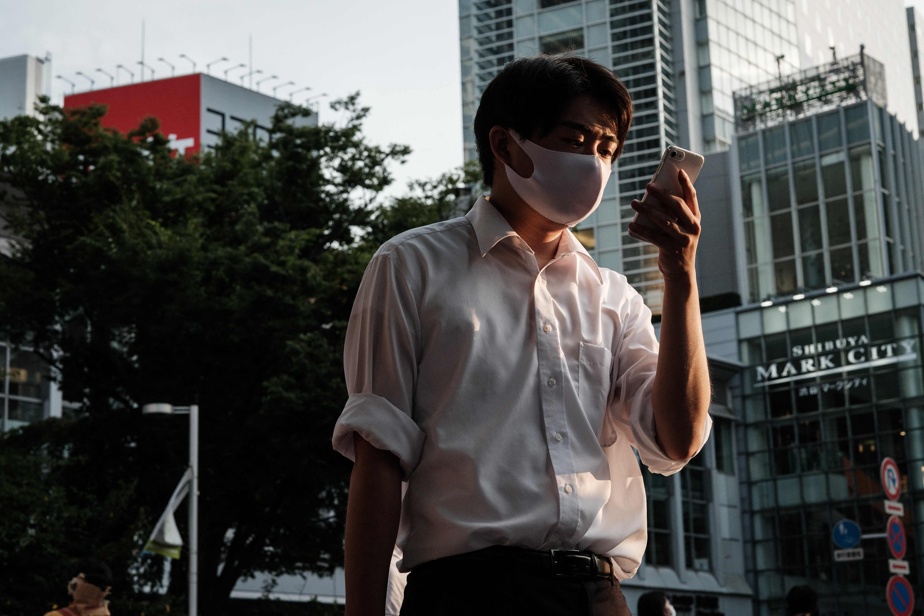 (Tokyo) The Japanese government prepares on Friday to extend and restore the Tokyo health emergency in four departments as cases of COVID-19 increase, including among those taking part in the Olympics, which started a week ago.

The Japanese capital reported a record number of new infections (3,865) on Thursday as local media reported that the number of daily cases in Japan exceeded 10,000 for the first time.

The organizers of the Games reported 27 new cases related to the event on Friday – the highest daily number to date – although unrelated to the sharp rise in numbers in Japan.

Japanese Prime Minister Yoshihide Suga said Thursday evening that his government was acting “with a sense of urgency” and would announce decisions on Friday.

In the morning, Health Minister Norihisa Tamura said the authorities wanted to send a “strong message” by extending the health emergency, as the Delta variant now accounts for “more than 50% of cases” in Tokyo.

The current state of emergency in Tokyo, which shortens the opening times of restaurants and bars and theoretically prohibits them from selling alcohol, is expected to run until the 31st) and Osaka (West), according to the media.

The state of emergency in Tokyo and Okinawa (south) should expire on August 22nd and its extension until August 31st could endanger the audience at the Paralympic Games beginning on August 24th.

The Tokyo Olympics, which began on July 23, will take place almost behind closed doors and under very strict health rules, including regular testing for all participants.

Haruo Ozaki, president of the Tokyo Medical Association, estimated that the Olympics had an “indirect impact” on the infection curve in Tokyo because this athletic “party” would encourage people to lower their vigilance.

Japan has so far been less affected by the pandemic than many other countries, with just over 15,000 deaths from the coronavirus since it occurred in the archipelago.

But vaccination started more slowly there than in other industrialized nations: 27% of the country’s population have received two doses so far.

The “high infectivity” of the Delta variant, the summer vacation and the Olympic Games are all factors that favor the rise in cases, said Shigeru Omi, a former high-ranking official at the World Health Organization (WHO) on Thursday.

There are three athletes among the 27 new cases reported by the organizers of the Olympic Games on Friday. This brings the total number of cases reported this month to 225, 98 of which come from abroad.

According to the organizers of the games, around 39,800 people came to Japan for the event.

Afghanistan | The US military has left Afghanistan

After the attacks: the situation in Kabul remains tense | Free press