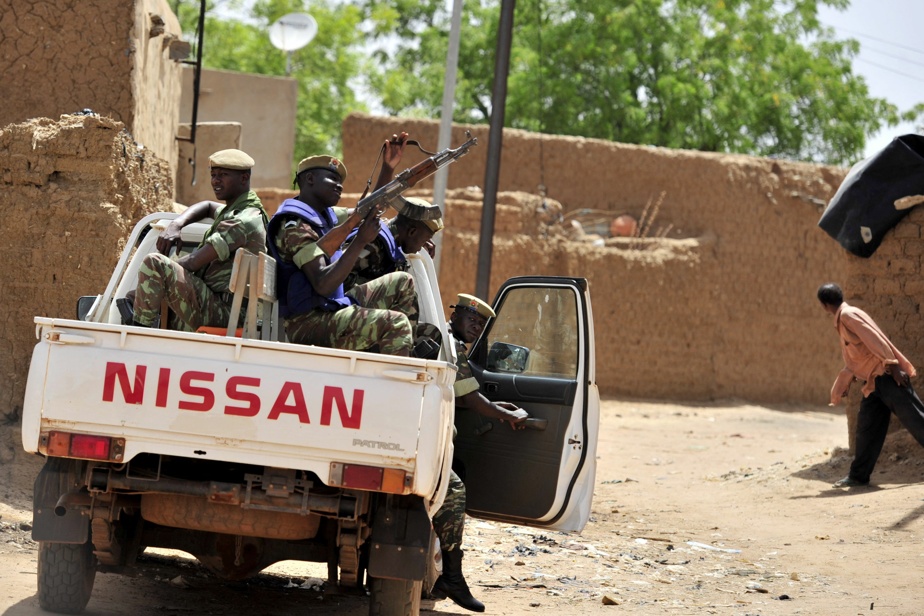 (Ouagadougou) Eighty people – 65 civilians and 15 gendarmes – were killed on Wednesday in the jihadists’ attack on a military convoy escorting civilians in northern Burkina Faso, according to a new official report released Thursday evening.

“According to a report updated today at 6:50 pm (local time and GMT), 65 civilians lost their lives in this terrorist attack,” said a statement by communications minister and government spokesman Ousséni Tamboura.

A little earlier, a government source had revised the number of originally 14 gendarmes killed after the death of a 15th wounded gendarmerie, which the gendarmerie confirmed on Thursday evening.

The 65 civilians killed are 52 men, seven women and six volunteers from the Defense of the Fatherland (VDP). 64 were buried on Thursday in Arbinda in the Sahel (north), where the attack took place.

“The government expresses its condolences to the bereaved and congratulates the defense and security forces as well as the VDP on their commitment, which has made it possible to neutralize more than 58 terrorists according to a final count,” the statement said.

The gendarmes are “very touched by the loss of our 15 brothers in arms” […], but proud of the struggle they waged, which made it possible to drive out more than 400 terrorists, neutralize more than 80 of them and salvage a large amount of material, weapons and motorcycles ”, his side has the communications service of . indicated the national gendarmerie.

The attack took place in the three-border area between Burkina Faso, Niger and Mali, which was regularly hit by murderous actions by jihadist groups with ties to Al Qaeda and the Islamic State (IS).

The gendarmes and VDP aid workers escorted civilians who had been victims of previous jihadist attacks who were returning to their places of origin in the same region of the Sahel.

Burkina Faso began a three-day state mourning on Thursday: In front of the parliament, the presidency and the government buildings, the flag was waved at half-mast, as an AFP journalist noted.

Several television and radio stations have changed their programming schedules, mainly broadcasting songs in honor and support of the Defense and Security Forces.

Attacks attributed to jihadist groups in northern and northeastern Burkina Faso have killed 94 civilians, soldiers and auxiliary troops since the beginning of August.

Burkina Faso, a poor country in West Africa, has been hit by regular and deadly jihadist attacks since 2015, especially in the northern and eastern regions, as well as in neighboring Mali and Niger.

Often ambushed, these attacks have left more than 1,500 dead and more than 1.3 million people displaced.

Shared response to the 2G option in Hamburg | Free press