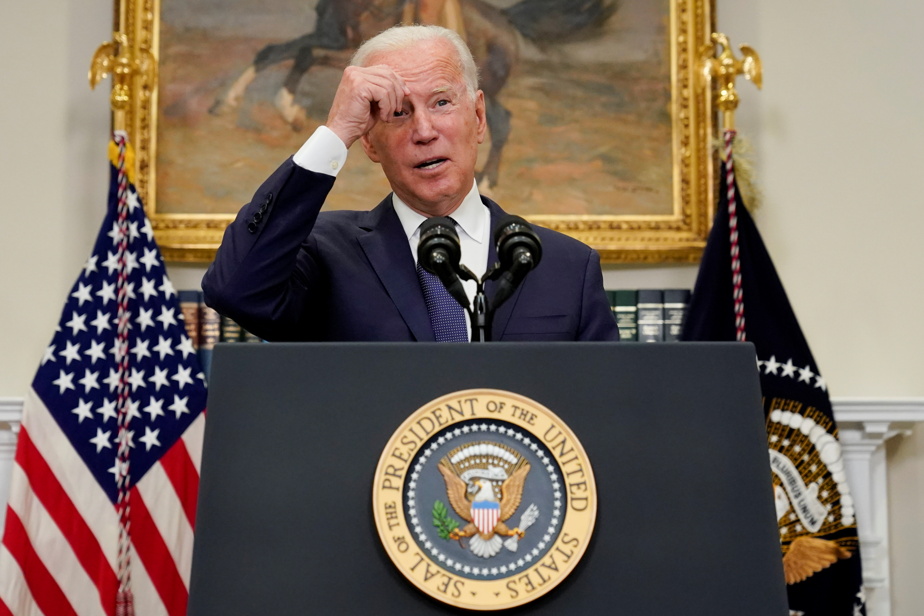 (Washington) President Joe Biden said Sunday he still hoped evacuation operations in Kabul could be completed before August 31, the date his administration set for the full withdrawal of US troops from Afghanistan.

“We hope that we do not have to extend,” said the US President and left the door open for an extension. “There will be discussions, I think. ”

“We’ll see what we can do,” he replied to a question from a reporter who asked what he would do if allied countries asked the United States to stay there longer.

The head of European diplomacy Josep Borrell had considered Saturday “impossible” to evacuate all Afghan collaborators of the Western powers before August 31st.

Several human rights organizations have also called on Joe Biden to extend the deadline for the United States to withdraw.

The tenant of the White House announced on Sunday that around 28,000 people have been evacuated since August 14. “It’s an incredible operation,” he said.

“We are working hard and as quickly as possible to evacuate people,” he added, assuring that these evacuations would have been “difficult and painful” even if they had started “a month ago.”

A week after the Taliban came to power, thousands of people tried to flee the country on Sunday, and chaos reigned at Kabul airport.

“We made a number of changes, including expanding the access around the airport and the security zone,” said Joe Biden, leaving no further details.