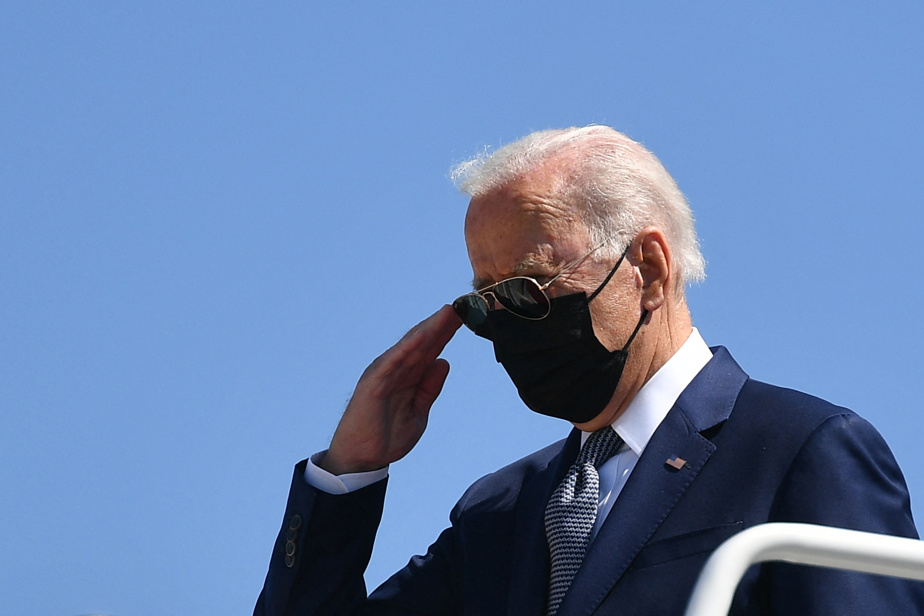 (Washington) Barack Obama hinted at it, Donald Trump sang it in his thunderous way, but it was undoubtedly Biden who put it most clearly when he pulled out of Afghanistan this week: The United States no longer wants to be the world’s cops.

“‘It’s time to end this eternal war” […] It was Biden who said it, but it could easily have been Trump, ”notes Charles Franklin, professor at Marquette Law School.

He commented on a speech by the American President on Tuesday, one day after the announcement of the withdrawal of the last American soldiers after twenty years of war in Afghanistan.

Far from holding back after a chaotic retreat that weakened him in public opinion, Joe Biden took the opportunity to very clearly expose his international doctrine.

“It’s not just about Afghanistan. It’s about ending an era of major military interventions aimed at restoring other countries, ”he said.

For Benjamin Haddad of the Atlantic Council research center in Washington, this is “the most eloquent rejection of internationalism” by an American president “in decades,” according to a Twitter comment.

“We have to learn from our mistakes,” he said.

“We must give ourselves missions with clear and realistic goals, not goals we will never achieve,” and “we must clearly focus on the security of the United States.”

Joe Biden has a long history in foreign affairs, as a Senator and later as Vice President of Barack Obama.

The latter also initiated, probably without being as frank as Joe Biden, a retreat of American interventionism.

Barack Obama had therefore assessed the use of chemical weapons by Bashar al-Assad as a “red line” calling for an armed reaction. But when Damascus crossed it in August 2013, the Democratic President ultimately failed to carry out the planned air strikes.

For Joe Biden, the rivalry between democratic nations and authoritarian regimes like China must take precedence over major military operations. In his opinion, democracy must prove that it can respond better to major challenges such as climate change or the pandemic than dictatorships and at the same time quench the middle classes’ thirst for prosperity.

In this big competition, Joe Biden relies on the game of alliances, a radical difference to Donald Trump. In the fall, he is also organizing a virtual summit bringing together heads of state and government from democratic nations, the list of which has not yet been announced.

The United States “has always hesitated to isolate itself from the sins of the world and to spread the benefits of its model. Since 1945 they had chosen to be the defenders and then the missionaries of democracy. They’re coming home, ”commented former French ambassador to Washington, Gérard Araud, on Twitter.

The very one-sided handling of the withdrawal from Afghanistan has indeed shaken the countries allied with the USA. And it pleased Beijing and Moscow, who hurried to read a warning there for countries that had relied on the support of the US military.

“There seems to be some level of frustration”, even though it’s hard to tell “how deep it is” among US allies about managing the withdrawal from Afghanistan, says Tricia Bacon, a professor at American University.

Joe Biden repeated his promise to help him against the Russian “aggression” in the Crimea, in particular by providing military equipment.

But the American president has not opened the doors of NATO wide to Ukraine as he is very eager to join the Atlantic military alliance.

And Joe Biden has not given in on Nord Stream 2, a Russian gas pipeline project that is causing Kiev great concern. Instead of sanctions, the White House has taken the diplomatic approach to this sensitive issue.

Unlike in Europe, Joe Biden “may have loosened the curtain on American military interventionism in the Middle East as a whole,” analysis in a blog by Imad Harb, director of research and analysis at the Arab Center in Washington.

Without guaranteed American military support, this could lead countries in the region to be tempted to speak out and take action against Iran in an attempt to show “the greatest restraint,” he believes.