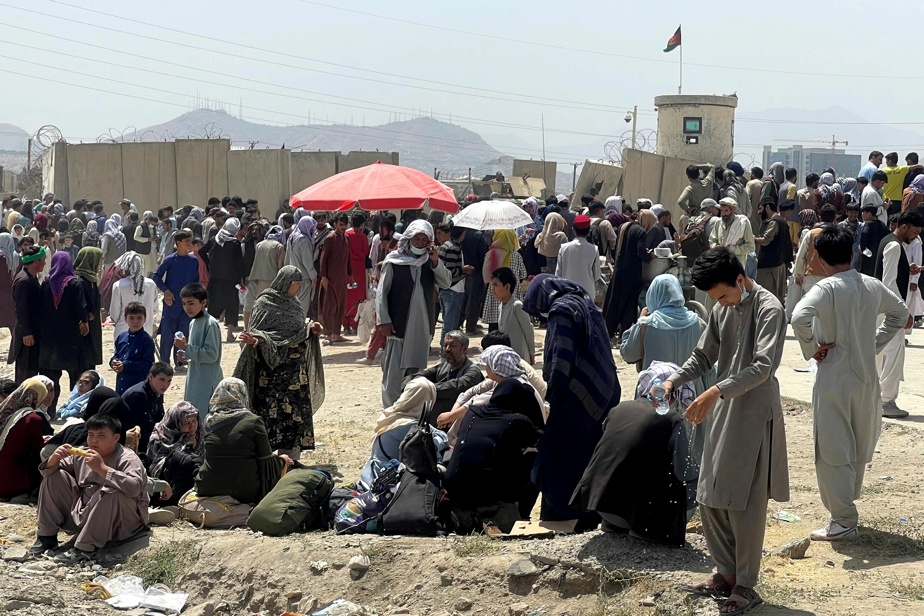 Thousands of Americans and Afghans living in Afghanistan who have helped the West want to leave the country for fear of Taliban retaliation, but they are still stranded outside the airport in insurgent-controlled areas.

The insurgents told the United States “they are ready to protect the safe passage of civilians to the airport and we intend to get them to respect that obligation,” he assured a press conference at the White House during the meeting.

However, the adviser stated that people were “turned back, pushed back or even beaten” on the way to the airport. “We are taking on the Taliban through a channel to try to resolve these issues.”

“But overall we found that people were able to arrive at the airport,” he said, admitting, however, that “the situation was changing from hour to hour.”

In Berlin, however, the head of German diplomacy complained about the Taliban’s shackles against Afghans wishing to leave the country.

“The Taliban have set up checkpoints all over the city and control the entire area and the surrounding area of ​​the airport,” said Heiko Maas. The only people allowed into the airport are “foreigners, but no local worker or Afghan citizen” is allowed in.

“The Taliban have set up checkpoints all over the city and control the entire area and the surrounding area of ​​the airport,” said Heiko Maas.

Washington, which has established a line of communication between the US military securing the asphalt and the Taliban, which control the Afghan capital, is also negotiating with the insurgents over the “schedule” for the evacuations, President Biden’s adviser said.

“We think we can do that by August 31,” said Sullivan. “We will discuss the exact time with you. ”

The United States further strengthened its military stance at Kabul airport on Tuesday to accelerate the pace of evacuations.

The U.S. military has so far evacuated more than 3,200 people from Afghanistan, including 1,100 people on Tuesday – U.S. citizens, permanent residents and their families, a U.S. official said on condition of anonymity.

About 640 Afghans were evacuated aboard a US Air Force C-17 on Sunday.

The military reinforcements, which must continue in the coming days, will make it possible to “speed up” evacuations to get them on an hourly flight “for the next 24 hours,” said General Hank Taylor, an official of the American staff to the press.

“At maximum capacity, we expect 5,000 to 9,000 departures per day,” he added, “but we are aware that this goal is influenced by several factors.”

This military official emphasized that the Taliban had not hindered the operations. “We have had no hostile interactions, attacks or threats from the Taliban,” he said.

He also revealed that Afghan soldiers who had not surrendered to the Taliban arrived at Kabul airport and participated in the evacuation operations.