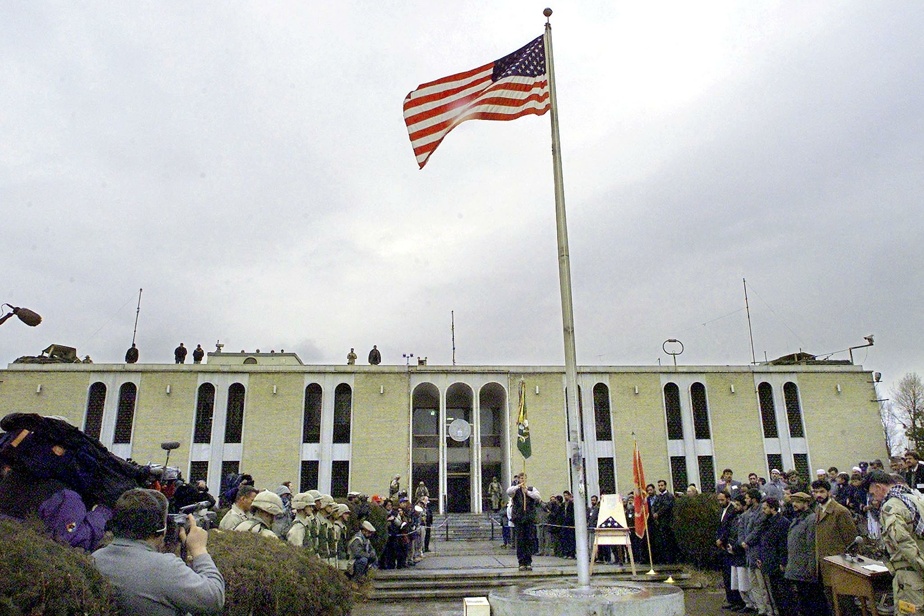 (Washington) The US embassy in Kabul on Friday ordered its staff to destroy sensitive documents and American symbols that could be used by the Taliban for propaganda purposes as insurgents approached the Afghan capital.

In a memo viewed by AFP, an embassy official told staff where the embassy incinerator and other document destruction equipment are located.

“Please add items with the embassy or ministry logo, American flags, and other items that could be used for propaganda purposes,” the memo said.

A State Department spokesman assured that this would be normal practice in the event of a reduction in the US diplomatic presence in a country.

“The downsizing in our diplomatic missions worldwide is taking place according to a standard procedure,” said the spokesman.

The US is concerned about the lightning-fast advance of the Taliban, who have taken control of the country’s largest cities and are dangerously approaching Kabul.

President Joe Biden has decided to send 3,000 soldiers to Kabul Airport to ensure the evacuation of US personnel from the US embassy in the country, and preparations are underway for the embassy to move to the airport itself.

However, Pentagon spokesman John Kirby said Friday that Kabul was not facing any “immediate threat”.

The Biden administration is taking all precautions to protect US diplomats in Afghanistan nine years after the September 11, 2012 attack on the US consulate in Benghazi, Libya. Four Americans were killed, including Ambassador Chris Stevens.

Afghanistan | The Taliban are not loosening their grip in the north