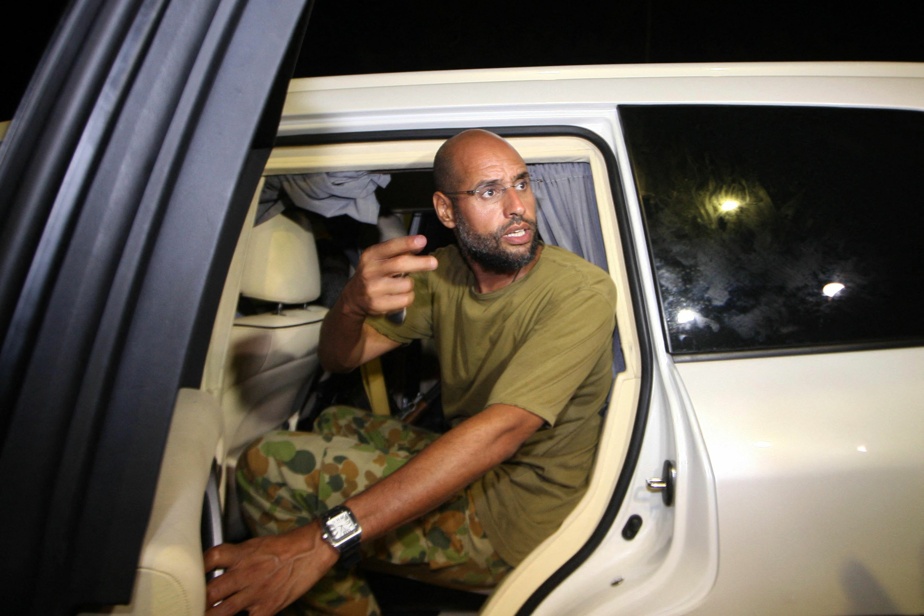 (Tripoli) Seif al-Islam Gaddafi, son of the former Libyan dictator Muammar Gaddafi, wants to restore Libya’s “lost unity” after a decade of chaos and, in a rare interview with the New York Times, invokes a presidential candidacy.

Libyan politicians “brought nothing but misery. It is time to go back in time. The country is on its knees […], there is no money, no security. There is no life here, ”said Seif al-Islam, 49, who has reappeared for the first time in years.

In 2011, after four decades of unchallenged power, Muammar al-Gaddafi and his relatives were victims of a popular uprising, eliminated, imprisoned or forced into exile. Three of Gaddafi’s sons were killed, but the fate of the fourth, Seif al-Islam, who long served as his father’s successor, has remained a mystery.

He was captured by an armed group in Zenten, northwest Libya in November 2011 and sentenced to death in 2015 following a rapid trial. The group that arrested him still refused to hand him over to the authorities or the International Criminal Court (ICC), which is looking for him for “crimes against humanity,” but released him in 2017. Since then, his trail has evaporated.

At his first meeting with a foreign journalist in a decade, Seif al-Islam claimed he was now a “free man” and was organizing a political comeback without specifying how.

“Disaffected with the revolution,” the rebels who captured him said, “finally said that he could be a powerful ally,” he said again in this lengthy interview with the New York Times magazine.

The interview conducted in May was only published on Sunday. It took place in a “magnificent two-story villa” within a closed complex in Zenten. The New York Times also published photos of Seif al-Islam taken during the interview. He wore a black qamis embroidered with gold patterns, a graying beard and a black turban on his head.

After a decade of struggle for power amid foreign interference, Libya passed a provisional government in March to unite the institutions through double parliamentary and presidential elections scheduled for December.

A possible candidacy of Seif al-Islam would face a big problem: his conviction by a Libyan court and the arrest warrant of the ICC. He was “convinced that these legal issues could be negotiated if a majority of the Libyan people elect him to be their leader,” writes the New York Times and concludes: “Seif seems to believe that he alone can represent the state for all Libyans. ” .

Gaddafi’s son also said: “I have been estranged from the Libyan people for 10 years. You have to come back slowly. Like a striptease. You have to play a little with their thoughts ”.

When asked if it had made him strange to flee to Libyan homes in 2011, he was as puzzling as some of his late father’s views in the Green Paper.

Heading into SpaceX, the 2022 European rocket is already outdated