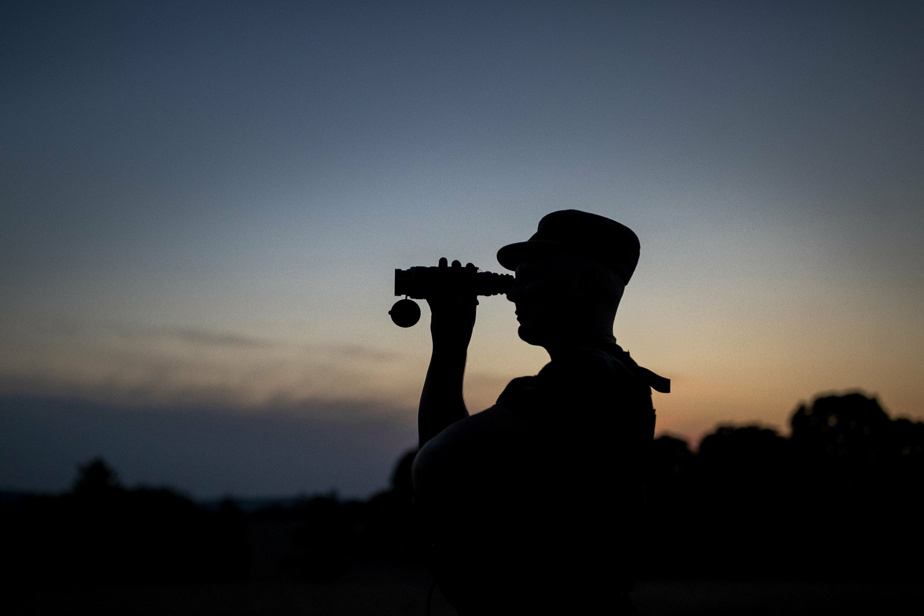 (Vilnius) Lithuanian border guards said Tuesday they had started pushing back migrants trying to enter the EU member state from neighboring Belarus as Vilnius grapples with an unprecedented migration crisis.

The Lithuanian authorities suspect that the Belarusian regime, with Russian support, staged this influx in retaliation for EU sanctions.

“Anyone who tries to illegally enter Lithuanian territory will be refused entry and will be shown to the nearest international border checkpoint,” said Rustamas Liubajevas, head of border guards.

“Dissuasive measures can be taken against those who fail to comply,” he told reporters, adding that around 180 migrants had already been returned to Belarus on Tuesday.

The decision of the Lithuanian Interior Minister Agne Bilotaite, which came into force on Tuesday, allows authorities to use force to reroute migrants to official border crossing points or diplomatic missions where they can legally apply for asylum.

Mr Liubajevas declined to disclose the exact actions taken by the border guards on Tuesday, but said they did not use force.

“This limits the basic human right to apply for asylum in a safe state,” said Akvile Krisciunaite, researcher at the NGO Diversity Development Group.

“Belarus is not a safe country and we know that human rights are being seriously violated there,” she told AFP.

Since the beginning of the year, Lithuania, a country of 2.8 million people, has registered more than 4,000 migrants – mostly Iraqi nationals – compared to 81 for full year 2020.

Tensions between Minsk and Vilnius escalated last year after Lithuania hosted the Belarusian opposition, which fled the country after a controversial presidential election.

Belarusian opposition leader Svetlana Tikhanovskaya, who claims to have legitimately won the presidential elections in August 2020 against Lukashenko, currently lives in Lithuania.

The EU has threatened to tighten the sanctions it imposed on Belarus last year after protests against the controversial elections were quashed.