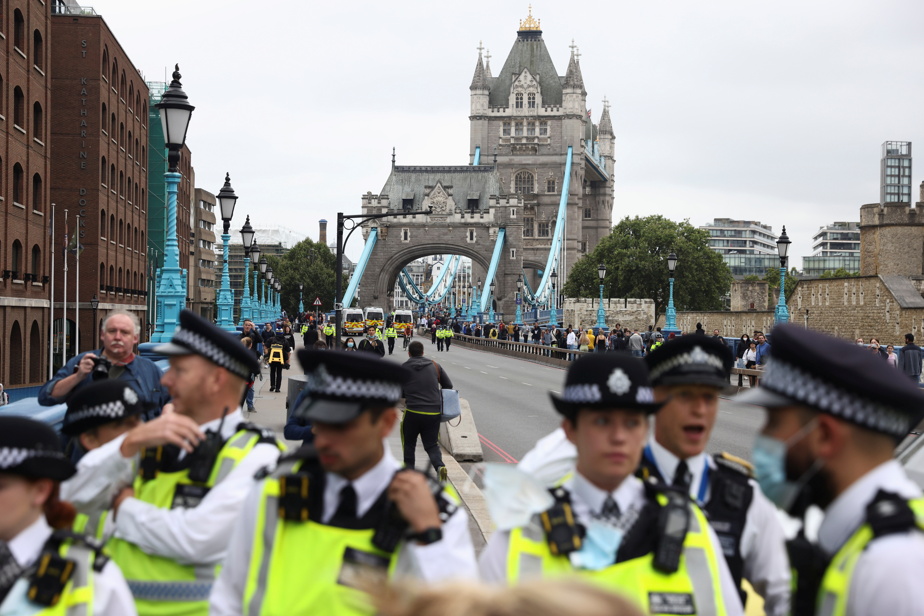 (London) Activists from the environmental movement Extinction Rebellion blocked Tower Bridge, the famous bascule bridge that has become a symbol of London, on Monday and disrupted traffic in the British capital as part of two-week campaigns to warn of the climate emergency.

“Activists are using a van and a trailer to block the road,” said London’s Metropolitan Police on Twitter.

“Activists are also lying at the north intersection of Tower Bridge, which is causing further disruption,” she added. Monday is a public holiday in England.

Used “almost immediately” on site, police said they were trying to “resume traffic” in collaboration with City of London Police.

“We warn those who demonstrate that this road closure is unreasonable and that it must be lifted. If they don’t move, they could be arrested, ”she added.

Extinction Rebellion (XR) kicked off two weeks of protests and actions in London last Monday calling on governments to take “urgent” action against climate change. In particular, the movement protests against public investment in fossil fuels.

Founded in 2018 in the UK, this network of activists regularly uses civil disobedience to highlight government inaction on climate change.

The Tower Bridge connects the financial district “The City” over the Thames with Southwark. The structure, which was built between 1886 and 1894, was, according to its website, “the longest and most demanding bascule bridge ever built” at the time.

Violence by drug traffickers | Mexico is suing US arms manufacturers

Forest fires | More than 700 hectares burned in Morocco, some active outbreaks in Algeria