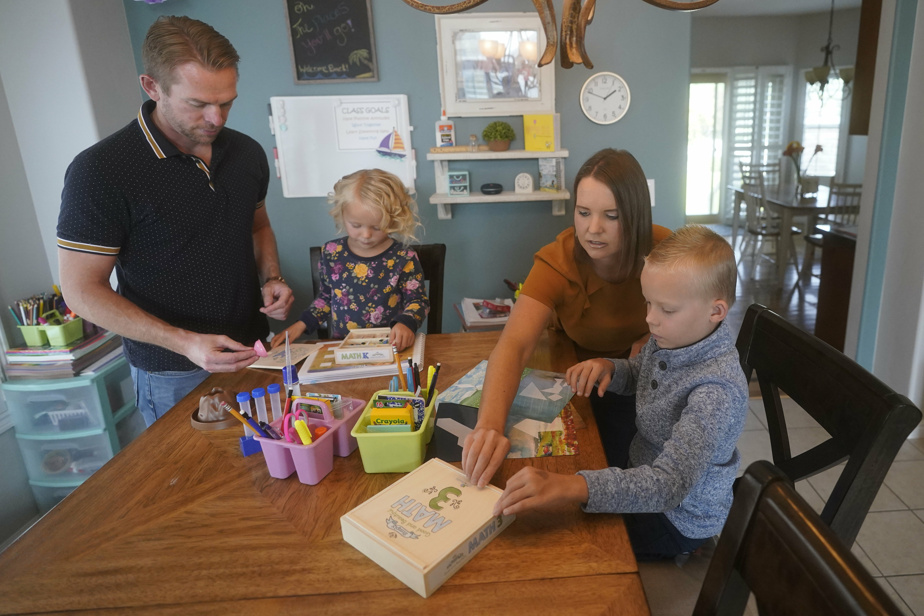 (Boston) With the US seeing an increase in active COVID-19 cases across the country, a majority of Americans are in favor of high school students and teachers wearing masks for kindergarten, according to a survey.

According to a survey by the Associated Press and NORC Center for Public Affairs Research, about six in ten Americans would support such a measure. A similar proportion of Americans say they consent to mandatory vaccination for eligible teachers and students.

Wearing a mask sparked discussion on the eve of the schools reopening in the middle of the fourth wave. Some Republican governors who oppose this have even been threatened with legal action by President Joe Biden.

Republican voters against, Democrats for

The poll suggests a wide divide on health issues by political loyalty. About three in ten Republicans are in favor of wearing a mask, compared with eight in ten Democrats. The gap was similar when it came to mandatory vaccination.

Some of the country’s largest school districts will be requiring masks for all students and staff this fall, especially in New York City.

According to the survey, parents are slightly less inclined to support wearing a mask than the rest of the population. Of the parents of school-age children, 52% support this proposal and 28% reject it.

Opinions are also divided according to the ethnicity of the respondents. About two-thirds of African American parents support mandatory face masks for teachers and students. Half of Hispanic and white parents are against such a measure.

The Centers for Disease Control (CDC) recommended wearing the universal mask for teachers and students in schools this fall due to the rapid spread of the Delta variant.

Tensions have emerged in recent weeks in some regions where the wearing of face coverings is compulsory in schools. Protesters have made their presence felt at board meetings from Maryland to California.

Republican governors against the mask requirement

Most states allow school districts to set their own guidelines for wearing masks, but others, such as California, Illinois, and Louisiana, require this for all students and teachers. At least eight Republican-led states have banned the use of face coverings in schools, including Florida, Texas, and Tennessee.

Mandatory vaccination guidelines are less common in American schools. Some states and school districts require all teachers to be vaccinated or tested regularly. Washington state has taken a tougher approach and threatens to fire all teachers who are not vaccinated.

Last week, the Unified District of Culver City, near Los Angeles, became the first in the United States to require all eligible students to be vaccinated this fall. Vaccines are not yet approved for children under the age of 12.

According to the survey, 59% of Americans say they are in favor of mandatory vaccination for teachers, and almost as many (55%) support the same initiative for eligible students.

EU countries: conditions for cooperation with the Taliban |

The majority of forest fires in Algeria were brought under control