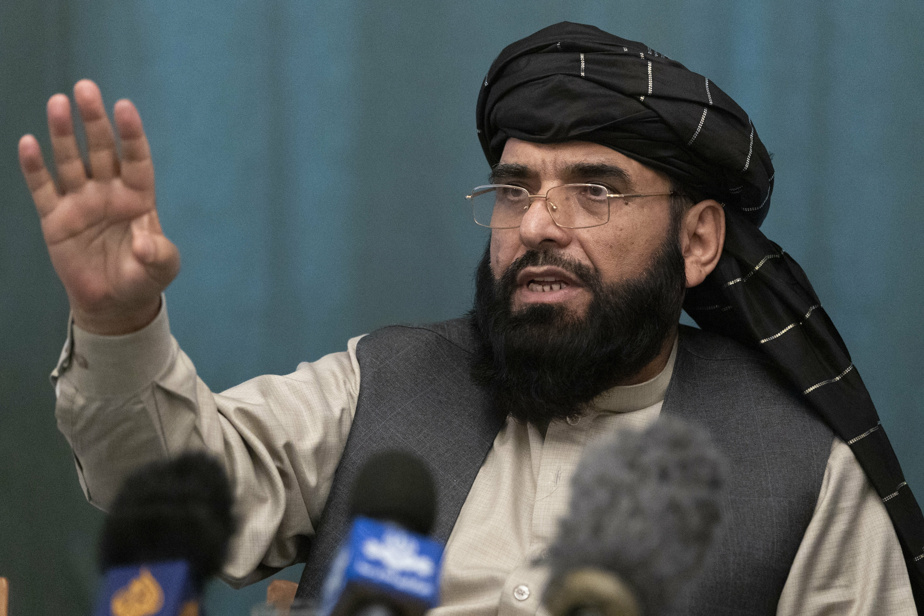 (Islamabad) A French delegation met with Taliban representatives in Doha on Thursday for the first time since they came to power in Afghanistan, their spokeswoman Suhail Shaheen said on Twitter.

The French envoy François Richier and his delegation had “discussed the situation at Kabul airport in detail” with a delegation led by the Deputy Director of the Taliban’s Politburo, Sher Abbas Stanikzai, the spokesman said.

Contacted, the Quai d’Orsay did not respond immediately.

“Any Afghan in possession of legal documents will be able to travel abroad, and after the civilian part of the airport opens, all Afghans will be provided with suitable facilities for their movements,” said Suhail Shaheen, repeating a promise made to several countries .

“Peace has been established across the country, girls and boys have returned to school and the media is working,” he said.

Since they took Kabul, thousands of people have gathered in front of the airport gates every day to escape.

At least 72 of them and 13 American soldiers were killed on Thursday in a complex attack alleged by the Islamic State group.

France announced that it would complete its evacuation operations on Friday evening, a deadline “imposed” by the Americans, Prime Minister Jean Castex said Thursday.

But France is still trying to evacuate several hundred Afghans in a chaotic context. “The terrorist attack must not prevent these operations […] We will continue to the last possible second, ”said Clément Beaune, State Secretary for European Affairs, on Europe 1.

France could even continue its evacuations “beyond” Friday evening, he estimated: “It may go beyond tonight, but we have to be careful on this issue.”

Lebanon in grief after the explosion of a gas tank

What remains after 20 years in Afghanistan |