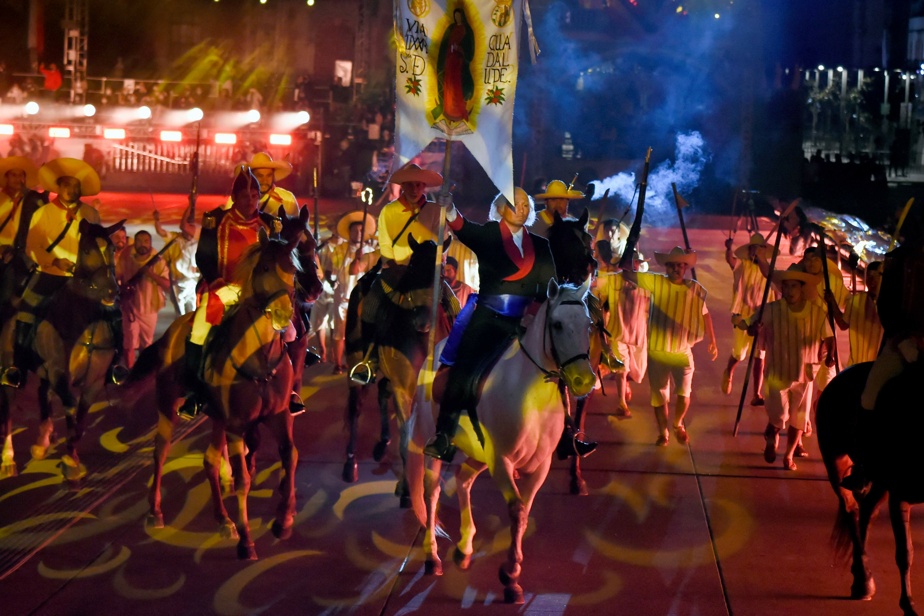 (Mexico City) A great historical spectacle in Zocalo Square in Mexico City marked the celebrations for the 200th anniversary of Mexico’s independence on Monday evening in the presence of President Andrés Manuel Lopez Obrador.

September 27th marks the anniversary of the “triumphant entry” of the insurgent army into Mexico City in 1821, which is considered to be the founding event of Mexican independence.

“What was experienced on that day 200 years ago marked our political separation from Spain forever,” said left-wing President Lopez Obrador in a message to the nation.

Fireworks, music and lighting effects have reconstructed several episodes in the history of Mexico, from the pre-Hispanic cultures to the War of Independence (1810-1821).

This show was part of a series of events organized by the Mexican government to mark both the founding of Mexico City – Tenochtitlan 700 years ago, the 500th anniversary of the Spanish conquest (1521) and the 200th anniversary of Mexican independence to commemorate.

In 2019, Mr Lopez Obrador requested that Spain apologize for conquering Mexico. What Madrid had categorically rejected and claimed that the conquest “should not be judged according to contemporary criteria”.