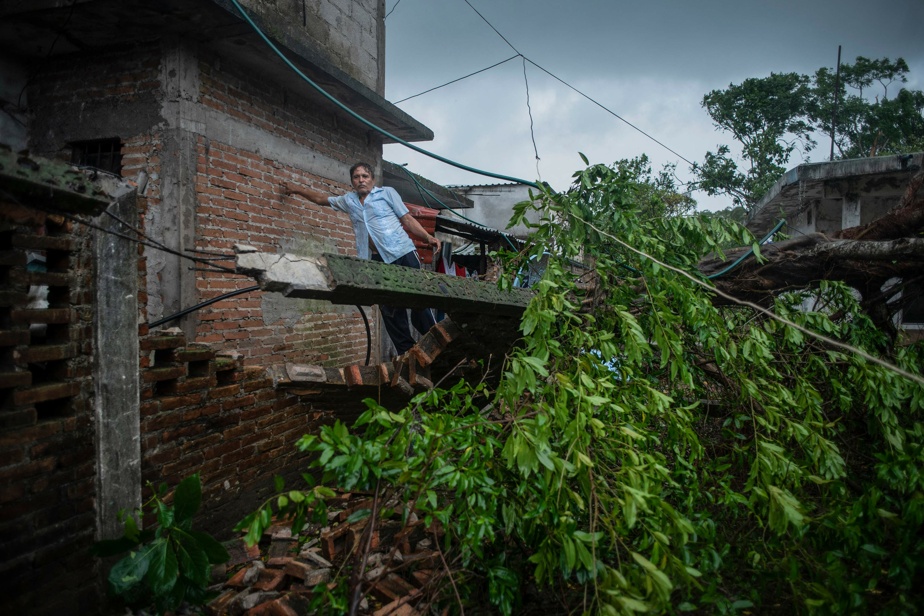 (Veracruz) Hurricane Grace lost power when it landed on Mexico’s east coast on Saturday and was downgraded to a “tropical storm,” the US Hurricane Monitoring Center (NHC) said, but still not. At least eight dead in Veracruz state.

It is expected to “weaken to a tropical depression overnight and resolve on Sunday,” according to the center.

Grace hit land as a Category 3 hurricane on the Saffir-Simpson Scale (out of 5) in the Tecolutla parish north of Veracruz.

Cuitláhuac García, governor of the state, said: “Unfortunately we have seven dead”, including children “.

The authorities of this eastern state announced an eighth victim a little later.

In addition, there was property damage such as cracked roofs and fallen trees, power outages.

The region was put on high alert on Friday due to floods and landslides.

“Grace quickly became a major hurricane,” the NHC said overnight, placing it in Category 3 shortly after it was first classified in Category 2.

After the cyclone passes, authorities remain on high alert over the risk of river overflows and landslides, mainly in Veracruz.

In a message on Twitter, Mr García warned residents near eight rivers that “flooding will occur in the next few hours”.

Authorities in Puebla, Hidalgo (center), San Luis Potosí (north) and Tamaulipas (northeast) are also warning populations of the risks of flooding and landslides due to the rains from Grace, while it had rained in Mexico City since the beginning of the morning .

In southern Tamaulipas state, some streets were reportedly flooded, while trees and signs were felled and some buildings were damaged in the municipality of Teziutlán, Puebla state.

In the port of Veracruz, companies have put boards and guards on windows and doors, while fishermen have protected 300 boats.

“We will spend many days without fishing, almost a week, we are affected like 35,000 fishermen because we cannot go out,” Isabel Pastrana Vázquez, president of the Veracruz Fishing Cooperatives Association, told AFP.

Call for refuge on high

Residents secured their homes after stocking up on canned food and water.

The authorities have announced that they have set up 200 emergency shelters and are ready to activate 2,000 more if necessary.

This is the second time Grace has reached Mexico after spending Thursday there without causing a death or major property damage. Then classified in Category 1, it landed on Thursday morning near the seaside resort of Tulum on Mexico’s Caribbean coast. The planes were grounded and tourists had to stay in special accommodations.

Grace had been demoted to a tropical storm on dry land. But then it regained strength in the Gulf of Mexico, more than expected.

Neighboring El Salvador has announced an early warning of hurricane-related rainfall that could hit it.

Attacks in Paris on November 13, 2015 | The trial begins six years after a night of horror