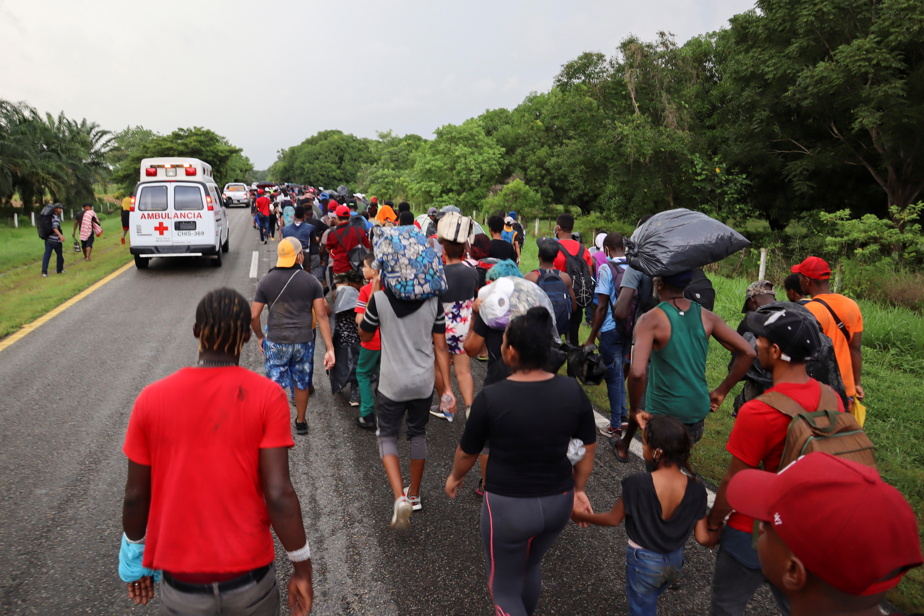 (Tuxtla Gutiérrez) A caravan of about 300 migrants, mostly from Central America, was arrested Monday in Chiapas, southern Mexico, while trying to cross the border with the United States, police said.

This group, which consists mainly of Guatemalans, Hondurans, Salvadorans and some Haitians, was stopped by an imposing National Guard on their march to the border, according to a report by the Chiapas state police. Mexican immigration officials then screened these migrants, including women and children, before arresting 80 of them.

According to local media videos, migrants threw stones at national guards who blocked them on the street.

This group of migrants, initially comprising 700 people, left Tapachula on Saturday on the border with Guatemala. However, after several clashes with the police, several of them, especially families, preferred to abandon their trip.

Those who escaped police checks took refuge in communities that were planted in the area before regrouping to continue their journey.

The National Migration Institute also said it had fired two of its agents who were seen in a video beating migrants who were part of the caravan that departed on Saturday.

Another caravan of around 200 migrants left the same city on Monday with the aim of reaching the United States for refuge.

These caravans of migrants, many of whom are minors, have multiplied since President Joe Biden came to power.

Mexico has sent more than 27,500 armed forces to its northern and southern borders to deal with these waves of migration.