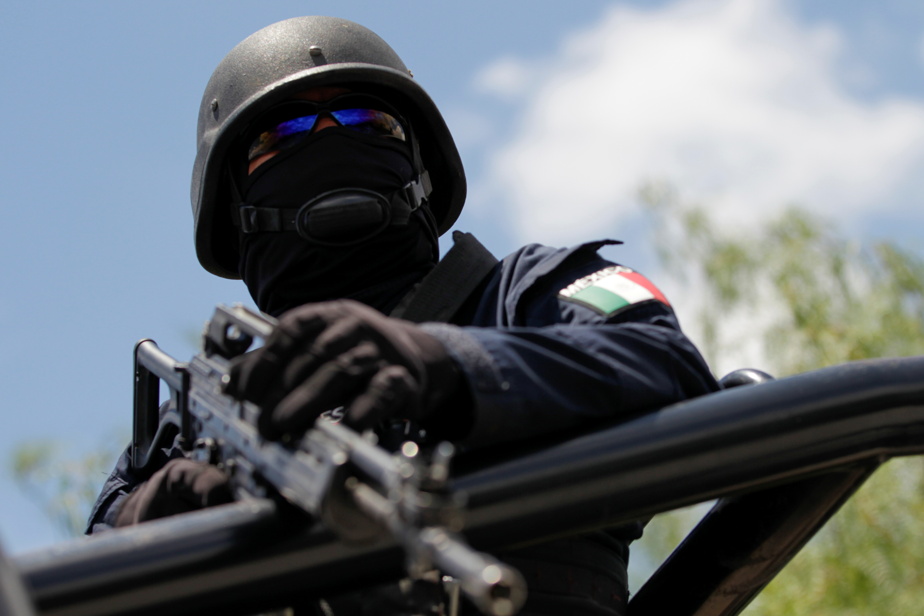 The Mexican government announced on Monday in a video an armed group claiming to be one of the most powerful drug cartels, protective measures against a journalist and a television station.

“Democratic freedoms must be guaranteed as well as the right to information,” he added.

In a recording published on social media, a man introducing himself as Rubén Oseguera, leader of the Jalisco-New Generation Cartel (CJNG), one of the most powerful drug trafficking organizations in Mexico, threatens him and the presenter Azucena Uresti.

Surrounded by several masked men armed with powerful weapons, the man demands that the coverage of the conflict with other groups in the western state of Michoacán be “fair”.

The journalist did not speak, but freedom of the press organizations condemned the incident and asked for protection from the authorities.

“This repeated practice of publicly threatening the media and journalists without shame or fear is serious because it means that these groups are strengthening themselves in the face of the passivity of the state,” warned Balbina Flores, representative in Mexico for Reporters Without Borders (RSF).

She urged the government to ensure the safety of reporters targeted by criminal groups, but added that correspondents in conflict areas are most at risk.

For his part, journalist Héctor de Mauleón, who investigates drug trafficking, said on Twitter that the threat was “very worrying” and “cannot be ignored”.

According to the Human Rights Commission, Mexico has been one of the most dangerous countries for the press with more than 100 journalists killed since 2000.

Three journalists were murdered that year. The last one, Ricardo López, to report threats in the state of Sonora (in the north of the country), was killed on July 22nd.

In 2020, eight journalists were murdered, according to the RSF. More than 90% of reporter killings in the country go unpunished and denounce freedom of expression organizations.

De Maizière as the next Federal President? | Free press

No more PCR testing without a doctor’s prescription –