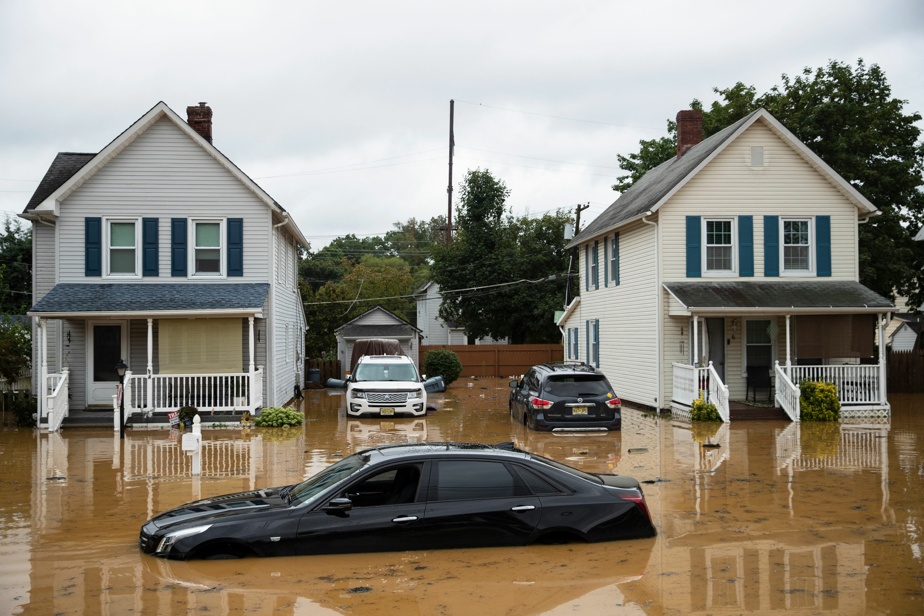 (New York) More than 100,000 residents in the northeastern United States were without power on Sunday when Storm Henri passed by, according to a specialized website, while President Joe Biden called for caution, particularly in light of flood risks.

Peter HUTCHISON with Robin LEGRAND in the Washington Agence France-Presse

More than 72,000 people in the state of Rhode Island, 30,000 in Connecticut, and 10,000 in Massachusetts suffered a daytime power outage, according to the poweroutage.us website.

In its 5 p.m. (9 p.m. GMT) bulletin, the US Hurricane Monitoring Center, NHC said the storm is blowing at winds of up to 40 mph, compared to 120 mph the day before at sea.

“It is important to monitor the situation and be prepared in your home and in your neighborhood. Make sure you have supplies for your household, including necessary medication, food, water and battery-powered radios in the event of long power outages, “President Biden told a press conference at the end of the afternoon.

Henri, who was downgraded from hurricane to tropical storm by the NHC that morning, should move less quickly for the next several hours, the bulletin said before saying the storm could stagnate “near the border between New York state and Connecticut This evening”.

More than 72,000 people in the state of Rhode Island, 30,000 in Connecticut, and 10,000 in Massachusetts suffered a daytime power outage, according to the poweroutage.us website.

The northeastern United States is usually relatively untouched by such storms, which affect more southerly states like Florida or Louisiana.

While Rhode Island Governor Dan McKee said there had been “significant flooding” in some areas, initial reactions from some local residents seem to suggest that the storm was not as bad as expected.

“We got away with it,” said James Kiker, a Newport resident, and said he saw “little damage” in his area with a few broken branches.

7 to 15 cm of precipitation are expected in the entire region, and according to the NHC in places up to 25 cm, while the worsening weather conditions already on Saturday the big concert in Central Park on the occasion of the “reunion” of the artists with the New York audience.

In the afternoon, however, the NHC lifted all of its coastal flooding warnings.

The mayor of Boston, the largest city in the state of Massachusetts, urged residents on Sunday morning to prepare for “destructive winds” and “potential power outages”.

“Please stay inside,” Kim Janey pleaded at a press conference.

New York State Governor Andrew Cuomo declared a state of emergency on Saturday as the storm approached, adding that 500 National Guard troops had been mobilized to support efforts to respond to the storm.

The worsening weather conditions on Saturday night forced to stop the big concert in Central Park, which was organized on the occasion of the “reunion” of the artists with the New York audience. The singer Barry Manilow was interrupted in the middle of a song by a voice calling on the audience to evacuate the place quickly but calmly.

In Siberia, people were concerned about smoke from forest fires