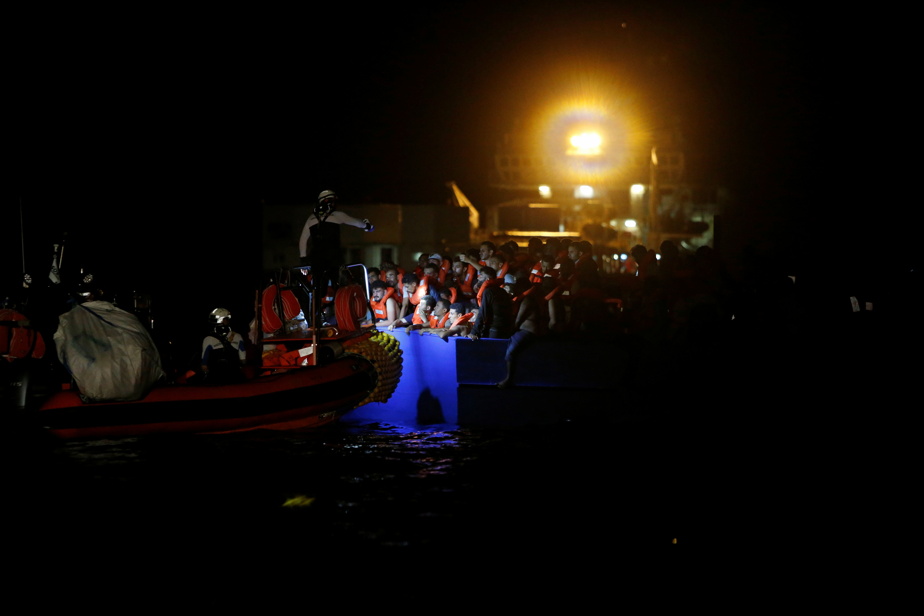 (Marseille) More than 400 migrants on board a wooden boat were rescued by three NGOs in the central Mediterranean on Saturday night, bringing the number of people gathered over the weekend to almost 600, SOS said.

“The rescue carried out in international waters was life-threatening, the large wooden boat in which more than 400 people went into the water,” said a spokesman for the European NGO SOS Méditerranée, which has chartered the Ocean Viking, a rescue ship at sea.

The survivors, who were rescued by three boats until the early hours of the morning: the Nadir from the NGO ResQship, the Sea-Watch 3 from the NGO Sea-Watch and the Ocean Viking, were then distributed among the latter two.

This is the fifth Ocean Viking rescue since Saturday. The ship, which had already taken in 196 people in various rescue operations off Libya, now has 449 survivors on board. Including 28 women, two of whom are pregnant, and 81 minors, 66 of whom are unaccompanied. They are looked after like those who found refuge on the Sea-Watch 3, says SOS Méditerranée.

Blind regains sight after 10 years thanks to a new technique