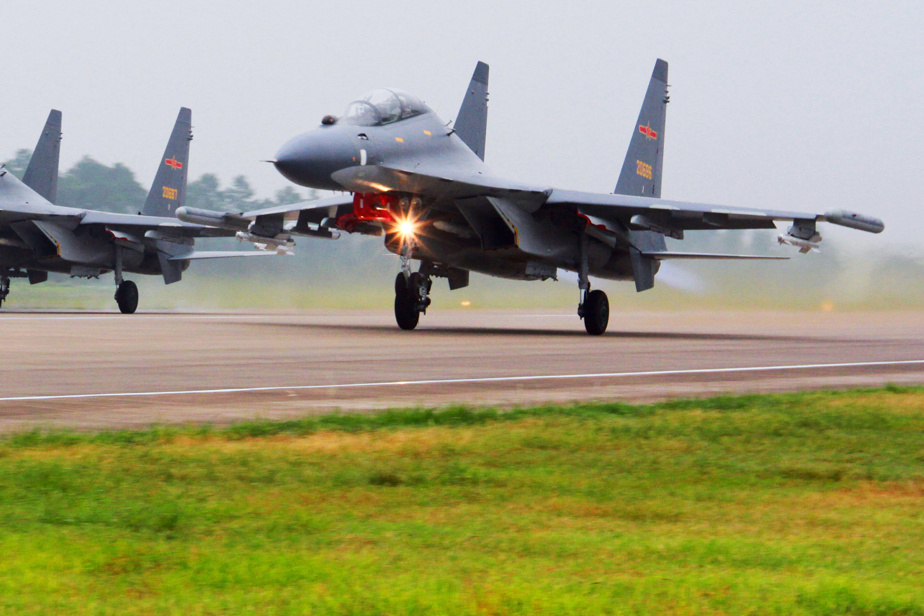 (Taipei) Taiwan announced that 52 Chinese Air Force aircraft entered its air defense zone on Monday, a new record incursion after US statements about Beijing’s “military provocations” in the region.

Taiwan’s Defense Ministry said it took off planes to issue warnings after 36 fighter jets, 12 H-6 nuclear-capable bombers, and other planes from the southwest entered its Air Defense Identification Area (ADIZ).

An air defense identification area is an airspace in which a state wishes to identify and locate aircraft for reasons of national security.

China sees Taiwan, an island with 23 million inhabitants, as a rebel province that is called upon to return to its lap by force if necessary.

Since the arrival of Xi Jinping as head of state in 2012, Chinese fighter planes have invaded the air defense identification zone almost every day.

On Friday, the anniversary of Communist China, a record number of Chinese Air Force planes, 38 in total, including a nuclear-capable H-6 bomber, entered the area.

According to the Taiwanese Defense Ministry, a new record was set on Saturday with the attack by 39 aircraft.

The next day, in a State Department statement, the United States said it was “very concerned” about “military provocations” from China near Taiwan, which it described as “destabilizing” to “peace and quiet.

“We urge Beijing to end its military, diplomatic and economic pressure and coercion against Taiwan,” added Washington, reiterating its “unwavering commitment” to the island’s side.

In 2020, 380 Chinese Air Force aircraft were discovered in the Taiwan Air Defense Identification Zone, up from 600 earlier this year.