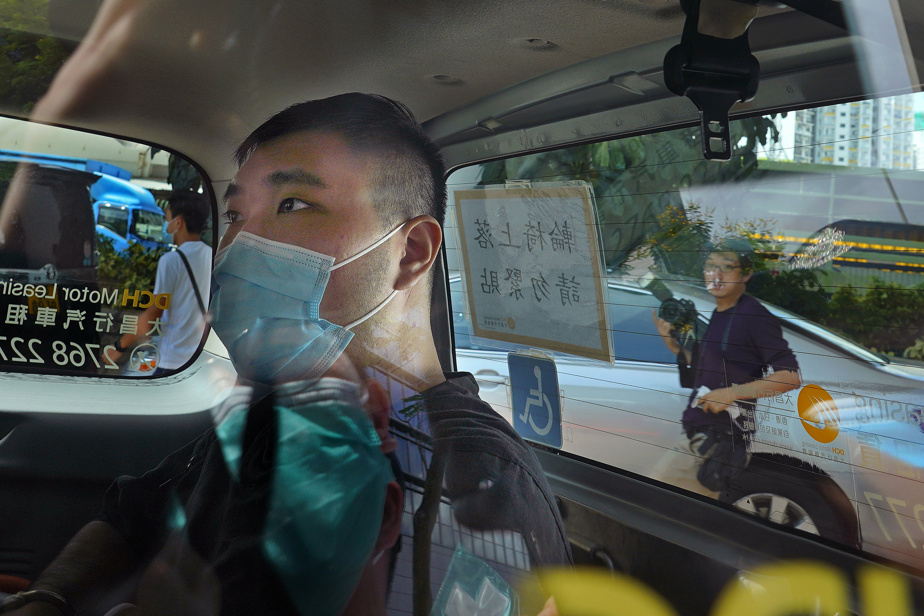 (Hong Kong) A Hong Kong man was sentenced to nine years in prison Friday after trial for a crime under Beijing’s harsh national security law to eradicate dissent in the former British colony.

Tong Ying-kit, a 24-year-old waiter, was found guilty of “terrorism” on Tuesday for beating three police officers on a motorcycle, but also of “inciting secession” for the slogan of the flag he waved.

In particular, this process was expected to interpret the Hong Kong judiciary into a law that disrupts the legal landscape of a territory that was once considered a bastion of freedoms.

Mr. Tong waved a flag that read, “Free Hong Kong, the Revolution of Our Time,” the phrase that had emerged as the main slogan of the massive popular mobilization of 2019.

The facts happened on July 1, 2020, the day the National Security Law went into effect.

He was found guilty Tuesday by a panel of three judges which ruled that the flag contained a slogan that “was able to encourage others to secede” and was therefore illegal.

Trial without a jury

He was sentenced to eight years for “terrorism” and six and a half years for “inciting secession”. As the two sentences could be partially commuted, the judges eventually imposed nine years in prison.

The convict’s lawyers immediately announced his intention to appeal.

Tong Ying-kit’s attorney Lawrence Lau spoke to the media after visiting his client in the Hong Kong High Court.

The two-week trial took place without a jury, which is a real break with Hong Kong legal tradition. And the three judges were selected by the Hong Kong executive to judge national security-related cases.

More than 60 people have been charged under the National Security Law, which has emerged as the key tool in China’s crackdown on the pro-democracy movement and one of the tools that will enable China to reshape Hong Kong on its own terms.

Among those who will be prosecuted for this draconian text is the media mogul Jimmy Lai, ex-head of the now defunct pro-democratic tabloid Apple Daily.

Most have been denied bail and await trial behind bars.

The second lever for the China-imposed deal is a campaign by local authorities called “Hong Kong Led by the Patriots” to test the loyalty of local officials and elected officials.

In the past few days, the Hong Kong judicial system and police have stepped up initiatives towards this recovery.

Hours before Mr. Tong was arrested, lawyer and activist Chow Hang-tung, who was charged with encouraging the Hong Kong people to commemorate the Tiananmen’s Suppression in 1989, pleaded not guilty. “Grief is not a crime,” she said in court.

Law professor Benny Tai, one of the leaders of the pro-democracy movement since 2014, also appeared in an investigation by the anti-corruption agency.

The 57-year-old lawyer has been jailed several times for his role in the democracy movement and is currently on remand on behalf of the national security law.

On Thursday, in the name of an old law dating from 1938 when the city was still a British colony, a DJ and pro-democracy activist appeared in the first “riot” process since it was handed over in 1997. He is being sued for slogans he sang or wrote in 2020.

Police also announced on Friday that an investigation was being launched into viewers booing the Chinese anthem and shouting pro-Hong Kong slogans while watching the Tokyo Olympics on a giant screen in a mall.

Northern Afghanistan | Biden administration under pressure due to stranded planes