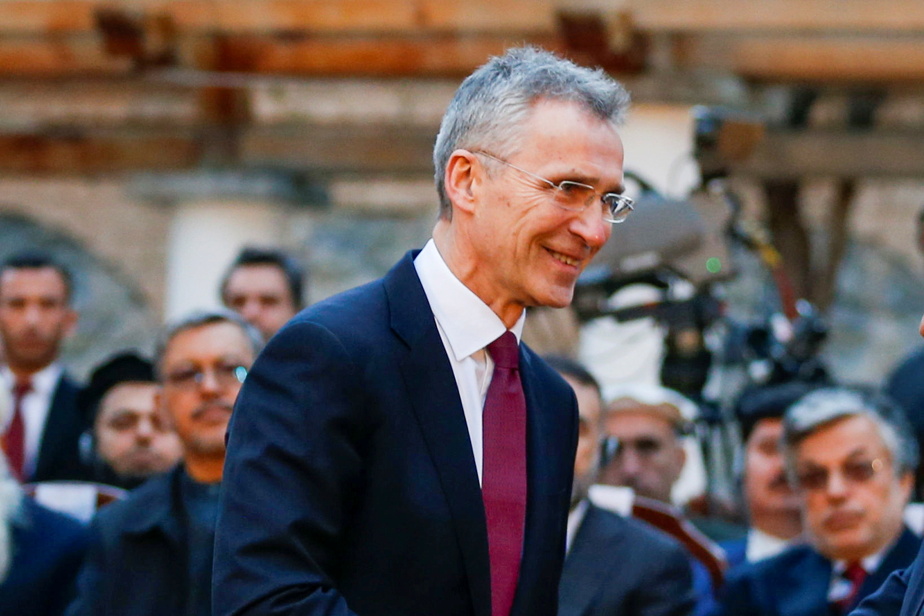 (Brussels) NATO Secretary General Jens Stoltenberg promised on Tuesday not to abandon those who want to flee the Taliban regime in Afghanistan after the last US troops have withdrawn, and says the alliance will learn from its lessons Failure in this country must draw.

Twenty years after being ousted by the United States, the Taliban regain control of most of Afghan territory. They celebrated their victory against the world’s leading military power on Tuesday.

The last US military flight took off from Kabul Airport on Monday night after a hasty rescue operation to evacuate more than 123,000 people, mostly allied personnel and Afghans, who worked by their side.

“Keeping the airport open is crucial both to provide humanitarian aid to the Afghan people and to ensure that we can continue to get people out who want to but cannot participate in the military evacuation,” he said in an interview with AFP .

“We are all determined to keep working hard to get them out. We won’t forget them, ”he said.

His words agree with those of Chancellor Angela Merkel, according to which “this airport is of existential importance for Afghanistan, because without it no medical or humanitarian aid can be obtained”.

Mr. Stoltenberg stressed that NATO had achieved some of its goals by engaging in that country after the September 11, 2001 attacks in the United States.

“All allies agreed that we must fight terrorism to prevent Afghanistan from remaining a safe haven for international terrorists. And that for 20 years. No terrorist attack against a NATO country was organized from Afghanistan, ”he said. “The important thing now is that we keep this achievement,” he added.

Jens Stoltenberg assured that the Allies would maintain diplomatic pressure on the new masters of the country to allow the departure of Afghans who feel in danger and to ensure control of terrorist movements on their territory.

He thanked all the Allied forces who contributed to the evacuations, including France, which has been engaged in this country for “so many years” and whose soldiers have sometimes “paid the price of blood”.

“We will continue to work with NATO allies and other countries to help people leave. The Taliban have made it clear that they will allow emigration, we will judge the Taliban by what they say, but also by what they do, ”he said.

Looking ahead, Stoltenberg stressed that the 30-strong alliance would carefully examine what went wrong in its mission to build a government and army in Afghanistan that would be able to counter the threats.

“This is one of the tough questions we need to ask ourselves as we are now going through an assessment and analysis process to learn lessons within NATO,” he told AFP. “Because we have to understand better what went wrong, but also have to analyze our performance in Afghanistan, especially in the fight against terrorism. ”

“Takeable” in the first round | Marine Le Pen is “very fragile,” says one of his opponents

September 9, 2021
Recent News
RSS Error: A feed could not be found at `https://www.lavernecommunitynews.com/feed/`. This does not appear to be a valid RSS or Atom feed.
Facebook Twitter WhatsApp Telegram
Back to top button
Close
Close
Close
Log In