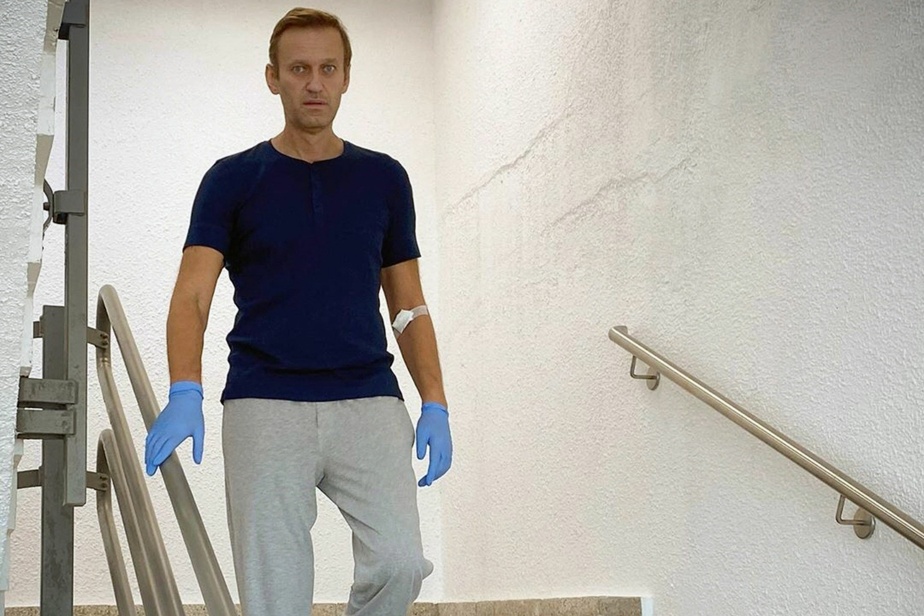 (London) London and Washington announced on Friday new sanctions against senior Russian security officials for their alleged role in the poisoning of Kremlin opponent Alexei Navalny, which happened exactly a year ago on board a plane in Siberia.

The UK Foreign Office has targeted seven people who have been identified as members of the Russian Security Service (FSB). These individuals are facing travel bans and property freezes, measures “taken in conjunction with our American allies,” he said in a statement.

The US Treasury Department said in a separate statement that a total of nine senior officials and two scientific laboratories were affected by this third wave of US sanctions.

The US State Department has named “two science laboratories of the Russian Defense Ministry that carry out activities to develop Russia’s chemical weapons capabilities,” the Treasury Department said.

In the evening, Russian diplomacy condemned these “illegitimate unilateral” sanctions.

At the same time, the US Secretary of State announced on Friday his intention to block the possession of two Russian ships and sanction two other Russian citizens involved in the Nord Stream 2 gas pipeline project.

“With today’s action, the administration has now sanctioned 7 people and identified 16 of their ships as stranded property,” he explains.

The US and German governments announced an agreement on July 21 to end their dispute over the controversial gas pipeline. The project can continue but does not prevent possible sanctions against Russia if Moscow uses this project to “commit aggressive acts against Ukraine”.

The United States regrets that Nord Stream runs through the Baltic Sea but not through Ukraine, which threatens to deprive this country of part of the revenue from the transit, but also to exert pressure on Moscow.

The persons sanctioned this time “are directly responsible for the preparation or implementation of the attack against Mr. Navalny in Tomsk on August 20, 2020”.

Among them, three suspected FSB agents, Alexei Alexandrov, Vladimir Panyaev and Ivan Vladimirovich Ossipov, who were present in Tomsk at the time of Navalny poisoning, according to London. Four senior FSB members, including a general and a colonel, are also targeted.

Poisoned by a nerve gas from the Novichok group, a substance developed by Soviet specialists for military use, Alexei Navalny was in a coma in a Siberian hospital for two days before he was transferred to Berlin for treatment.

The 45-year-old opponent is imprisoned in Russia, where he returned in January 2021.

In a joint statement, London and Washington regret that the Russian authorities have not conducted an investigation and have not credibly declared the use of a chemical weapon against Navalny on Russian territory.

Guinea | Putschists claim to have captured the president and are holding Conakry. fixed