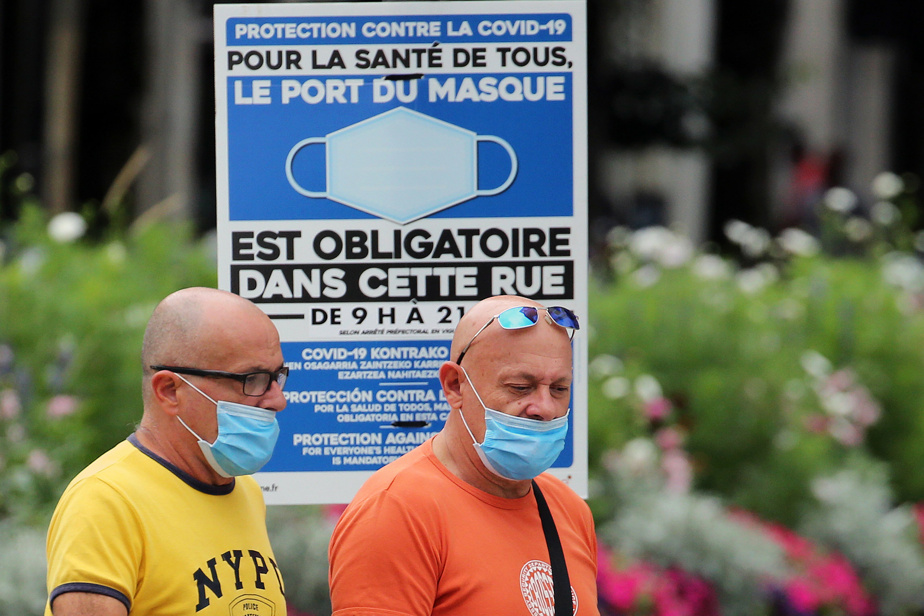 (Paris) Health emergency in the West Indies, new health protocol at school, generalization of the health passport from August 9th: France has taken a new series of measures to contain the spread of COVID-19 against which more than half of its population is affected is now vaccinated.

At the end of the Council of Ministers, which was chaired by video conference by President Emmanuel Macron from the plane that brought him back from an official visit to Polynesia, the government spokesman lamented a health situation “which is still deteriorating and which is still a cause for concern”.

“We now have an average of more than 19,000 cases per day, 97 percent more than a week ago,” said Gabriel Attal, describing a map of France “now almost completely red”.

And the spike in the number of contaminations continued on Wednesday at 27,934, the highest since the end of April. In the hospital, the number of patients on the same day reached 7,208, or 490 more patients in 24 hours, and 91 people were admitted to intensive care units, bringing the total number of COVID-19 patients in these services to 992.

Also in Guadeloupe, Saint-Martin and Saint-Barthélemy, a health emergency was declared on Wednesday evening due to a high incidence rate and insufficient vaccination rate on these three French islands of the West Indies.

France passed the 50% threshold of its fully vaccinated population on Tuesday evening, a level still far from the collective immunity threshold estimated at around 90% with the new Delta variant.

A new law on measures against COVID-19, including the health passport, will come into effect on August 9, the government spokesman also said, four days after the Constitutional Council’s expected decision.

The health pass in the restaurant and on the train

The passport (negative COVID-19 test, vaccination certificate or recovery certificate) has been mandatory in France since July 21 at leisure and cultural sites (cinemas, museums, etc.) with more than 50 people. But the new law provides for its extension to cafes, fairs and exhibitions, long-distance trains and domestic flights.

Holders of train tickets who have tested positive will be reimbursed their ticket as they would for air travel.

Education Minister Jean-Michel Blanquer announced on Tuesday that only non-vaccinated middle and high school students should take correspondence courses at the start of the school year if a COVID-19 case was detected in their class. Primary school classes (6-11 years) must be closed in the first case.

Representatives of the cultural world were received by the culture minister Roseline Bachelot and the economy minister Bruno Le Maire.

“At this meeting, it was decided to take a moment to review on August 30th to see how the crisis will have affected activity in this sector,” a work “that was also carried out with tourism,” said Gabriel Attal .

his company SpaceX built the largest rocket in history