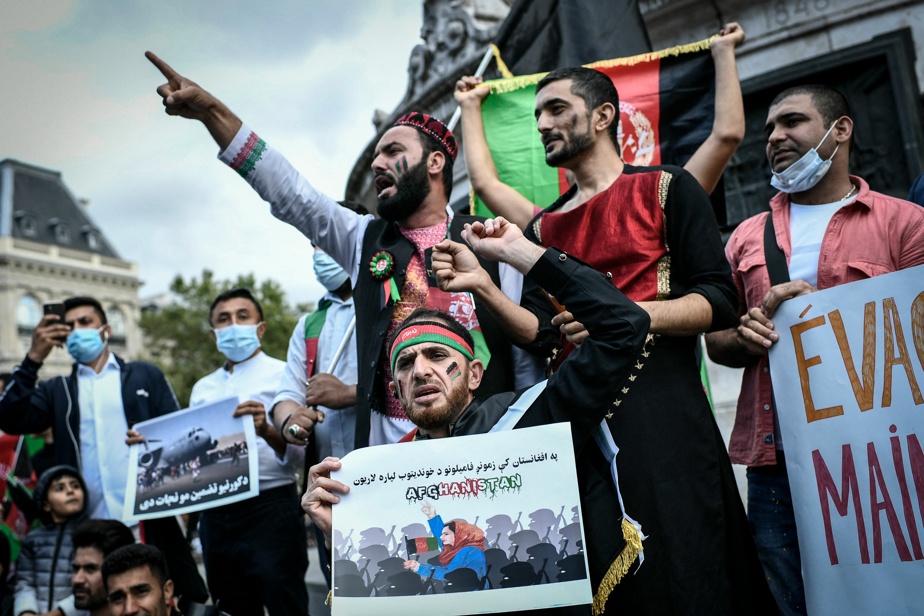 (Paris) An Afghan evacuated to France, who is suspected by the French authorities to be close to the Taliban, was taken into custody along with four other returnees who were close to him, AFP learned on Monday from Interior Minister Gerald Darmanin.

These five men were the subject of an “individual administrative control and surveillance measure” provided for in the French Anti-Terrorism Act.

One man in particular caught the attention of the authorities: “Even if this person played a key role in the evacuation of the French embassy, ​​we assume that he is connected to the Taliban,” the minister told the AFP news agency.

Following the minister’s decision, which was consulted by the AFP, this man admitted his membership in the movement and admitted carrying weapons for a Taliban roadblock in Kabul.

No security check on boarding

“Given the extreme difficulties in carrying out security investigations on the persons to be repatriated,” the French authorities have “agreed to embark this person and his family,” added the Minister.

When the flight arrived in Abu Dhabi, the Directorate-General for Internal Surveillance (DGSI, French Secret Service) “did the job it couldn’t do in Kabul” by conducting security interviews, he said.

When he arrived in France this weekend, he was notified of his pre-trial detention, as were three of his relatives who were “not directly suspected for the time being”. As for the fifth man, an investigation by the Directorate-General for Homeland Security (DGSI) “revealed links to these people even though they came separately,” the minister said.

“I have received no other feedback from DGSI on other nationals who may be affected by such measures,” he added. “However, we are extremely careful”.

Afghanistan | British evacuation operation is over