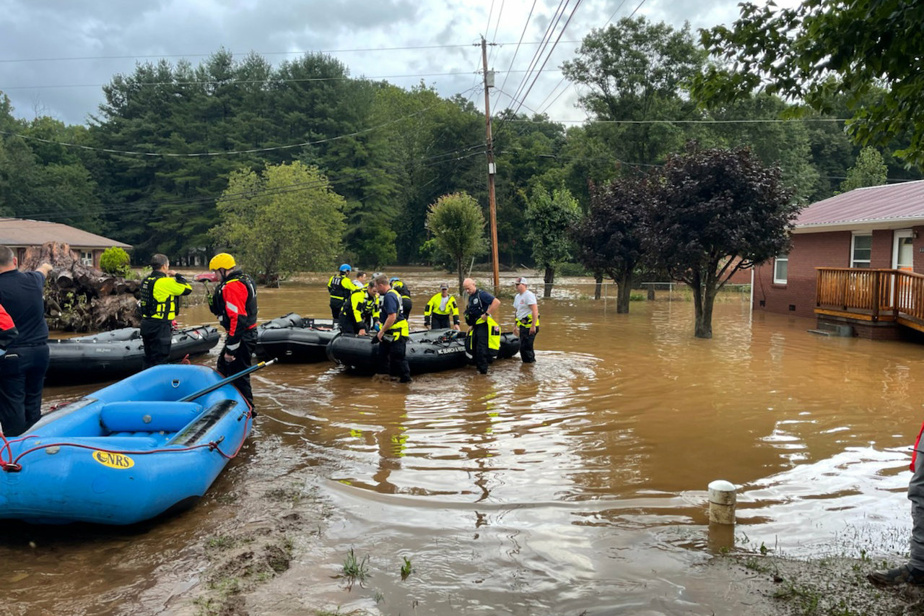 (Washington) According to local authorities, at least two people died in the floods in North Carolina in the southeastern United States on Thursday and 20 more are still missing.

“More than 200 people began their mission today to continue searching house by house along the Pigeon River,” the Haywood County Sheriff’s Office said in a tweet Thursday.

The inland county was hit by a significant surge in water from the Pigeon River on Wednesday after Tropical Storm Fred passed by.

At its peak, the river rose to 6 meters, according to district officials.

Up to 30 centimeters of water fell between Monday and Wednesday in western North Carolina, according to the office of the governor of the state, which declared a state of emergency for the “historic” floods.

“This state of emergency will allow rescuers to come to the aid of the affected areas quickly to save lives, restore power, clear debris and bring equipment,” Governor Roy Cooper said in a statement on Wednesday.

Nathan Yabrough, a local resident interviewed by the same broadcaster, said he had water up to two meters high in the garden of his house near the village of Cruso, which was particularly hard hit by the floods.

“It happened in just 45 minutes,” he said of the rising water.

“The water went from normal flood to a point where there was 1 meter 20 on the side of the house,” he added.

Vaccination, the key to getting back to normal New York life