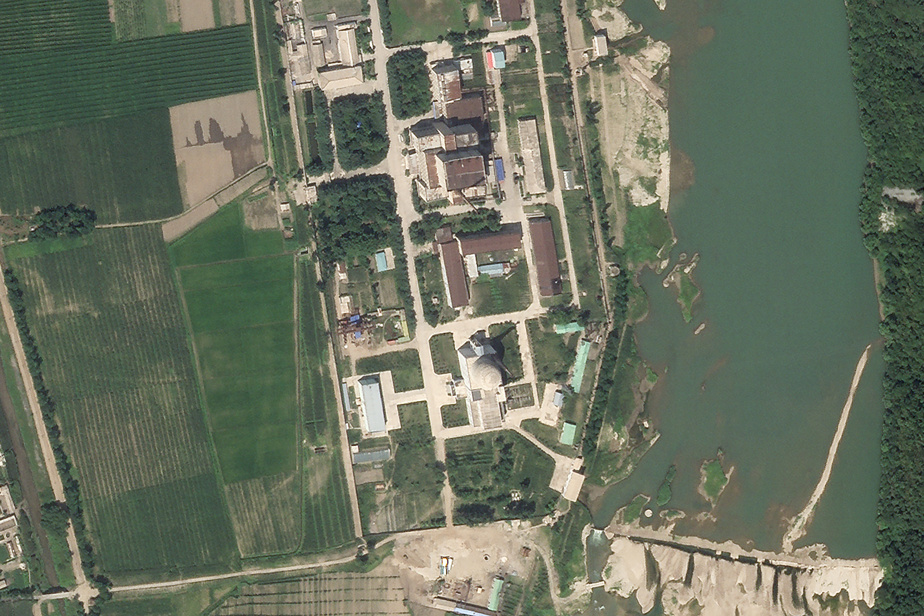 (Seoul) According to the International Atomic Energy Agency (IAEA) concerned, North Korea appears to have restarted its plutonium-producing reactor in the Yongbyon nuclear complex.

“Since the beginning of July there have been signs, in particular the leakage of cooling water, which are compatible with the operation of the reactor,” announced the IAEA in its annual report.

The reactor in Yongbyon has been decommissioned since the beginning of December 2018, the report said on Friday.

A restart of this five megawatt reactor could mean that Pyongyang is continuing its nuclear development program in blatant violation of UN Security Council resolutions.

The future of this nuclear complex was one of the points of contention at the second summit between North Korean ruler Kim Jong-un and US President Donald Trump, which failed in Hanoi in 2019.

North Korea had offered to dismantle part of the Yongbyon complex, but not its other nuclear production infrastructure, in exchange for a “partial” lifting of economic sanctions. This offer was rejected by Washington and since then negotiations between the two countries have stalled.

The withdrawn regime is subject to several international sanctions for its military programs, including nuclear programs, banned ones and made significant progress under the rule of Kim Jong-un.

IAEA experts were expelled from North Korea in 2009, and the agency has since monitored the country’s overseas activities.

A possible restart of this reactor follows recent information that Pyongyang is also using a nearby radiochemical laboratory to separate the plutonium from the spent fuel coming out of the reactor.

The signs of reactor and laboratory operation are “deeply worrying,” the IAEA said, adding that these activities are “a clear violation” of UN resolutions.

A senior US State Department official told AFP the report “underscores the urgent need for dialogue and diplomacy to achieve full denuclearization of the Korean peninsula.”

“We are continuing to seek dialogue with the Democratic People’s Republic of Korea (DPRK) to discuss this activity and any issues related to denuclearization.”

Afghanistan | A member of the government murdered by the Taliban

Poll: one in five would support a left alliance |

FDP and the Greens insist on the need for a “departure” |