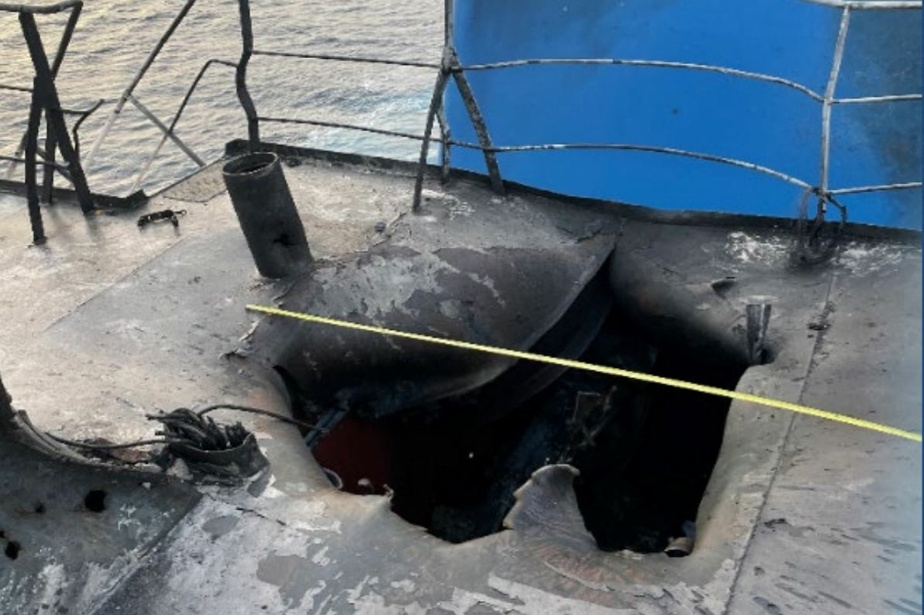 (Tehran) On Saturday, Iran strongly condemned a “baseless statement” by G7 foreign ministers accusing Tehran of being responsible for the fatal attack on an oil tanker off the coast of Oman in late July.

“All available evidence clearly points to Iran,” said the great powers of the G7 in a joint statement, denouncing a “deliberate and targeted attack” without “any justification.”

On July 29, MT Mercer Street, an oil tanker operated by a company owned by an Israeli billionaire, was the target of an attack off the coast of Oman that killed a British security guard and “a Romanian crew member”.

The United States, the United Kingdom and Israel had very quickly pointed the finger at Iran, which denied involvement amid recurring tensions, attacks and serial sabotage in the waters of the region.

In support of the indictment, the US Army’s Central Military Command (CENTCOM) released the results of its investigation on Friday.

According to him, two captured drones initially missed their target before a third “loaded with explosives for military purposes” crashed on MT Mercer Street.

The American experts “were able to recover several parts of this third drone” and “based on evidence” concluded that it was “made in Iran,” he added and posted several photos.

In the eyes of the Iranian Brigadier General Abolfazl Shekarchi, quoted by the state news agency Irna: “The Americans say they found parts of Iranian drones in the water, and that is their proof. But which laboratory found that? [les drones] belong to Iran? He asked.

“This is the Americans’ way of weaving stories and using them to blame Iran […] This is the method they have chosen to put pressure on Iran, ”he added.