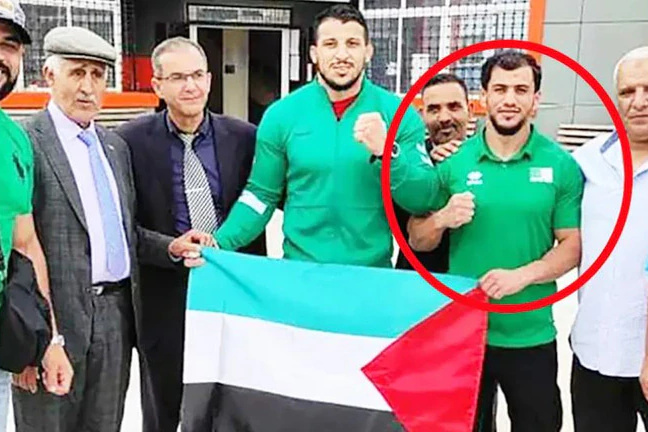 (Algiers) Hailed as a hero, Algerian judoka Fethi Nourine said he was “proud” that on his return from Japan to Algiers, in solidarity with the Palestinian cause, he refused to take on an Israeli opponent at the Tokyo Olympics.

Nourine withdrew so as not to have to meet the Israeli Tohar Butbul. He was suspended from the International Judo Federation (IJF) and his accreditation revoked. He returned to Algeria on Thursday.

“I was shocked when I saw the draw against the judoka of“ Zionist unity ”(Israel, note your arrival in the Algerian media.

“I made the decision with my coach (Amar Benikhlef) and I am proud of it,” said the Algerian judoka, who was greeted by a small crowd of supporters at the airport.

“This decision primarily honors me and my family, the Algerian people and the Algerian state, as President Abdelmadjid Tebboune has stated that we are not blessing normalization (with Israel) and supporting the Palestinian cause,” he said.

I am happy that I have angered the “Zionist Entity” and received messages (of support) from the Arab and Islamic world.

For the International Judo Federation, the decision of the Algerian Judoka stands “in total contrast to the philosophy” of the body.

The IJF follows “a strict policy of non-discrimination and promotes solidarity as a basic principle”.

This isn’t the first time Nourine has retired from a competition for these reasons. This is how he acted during the 2019 World Cup in Tokyo.

Algeria has been campaigning for the “right of peoples to self-determination” since its independence in 1962, especially for the Palestinians, of whom it is a historical supporter.

Nourine’s decision, which received a lot of attention on social networks, sparked heated debates in Algeria.

“This choice of Algerian judoka is brave. We may not agree with him, but at his level he made a gesture of concrete solidarity. That will cost him dearly, ”commented the Algerian journalist Akram Belkaïd on Facebook.