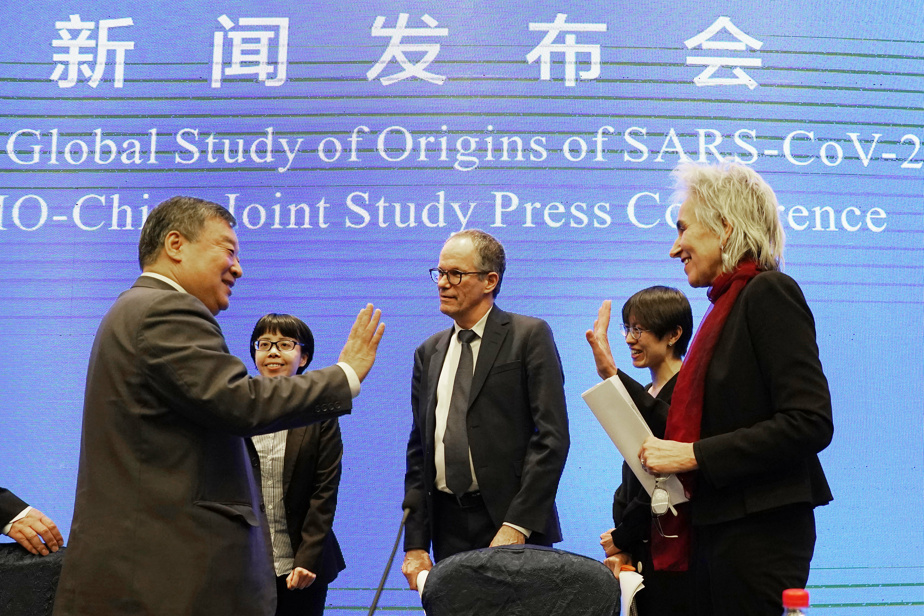 (Paris) The search for the origins of COVID-19 “has stalled” and it is urgently necessary to restart it because the more time goes on, the more difficult it becomes, experts warn, who report on it in March Have written a topic for whom.

“The search for the origins of the SARS-CoV-2 virus is at a critical point” and “the window of opportunity for this important investigation is closing rapidly,” they argue in a position published on Thursday by the journal Nature.

“Antibodies decrease over time: collecting samples (animals) and testing people who may have been exposed before December 2019 will therefore produce fewer and fewer results,” they warn.

“Our report […] should be the first step in a process that has now come to a standstill, ”complain these eleven scientists, including Marion Koopmans from the Netherlands, Peter Daszak from Britain, Hung Nguyen-Viet from Vietnam and Farag El Moubasher from Qatar.

They were part of a team of 17 WHO-appointed international experts and 17 Chinese experts, whose report was released on March 29 following an investigation conducted in January in Wuhan, China, the known starting point of the pandemic.

Without giving a clear answer, this report lists four more or less likely scenarios. The transmission of the virus to humans through an animal infected with a bat was considered to be the most likely.

Then came the hypotheses of direct non-animal transmission, transmission through food, especially frozen meat, and finally an accidental laboratory leak, which was considered “extremely unlikely”.

Since then, “no data” has been published to support “the hypothesis of a laboratory leak,” nor has it been presented to WHO, the experts say.

Your report was the subject of criticism, which accused it of underestimating China’s responsibility.

“The Chinese team has been and still is reluctant to share raw data,” especially on the first 174 cases identified in December 2019, these scientists commented.

On August 13, China rejected the WHO’s request for a new on-site investigation, considering the first one to be sufficient.

In addition, American media reported Tuesday that another report requested by President Joe Biden from his intelligence services failed to resolve the sensitive issue of the origin of COVID-19, a source of friction between Washington and Beijing.