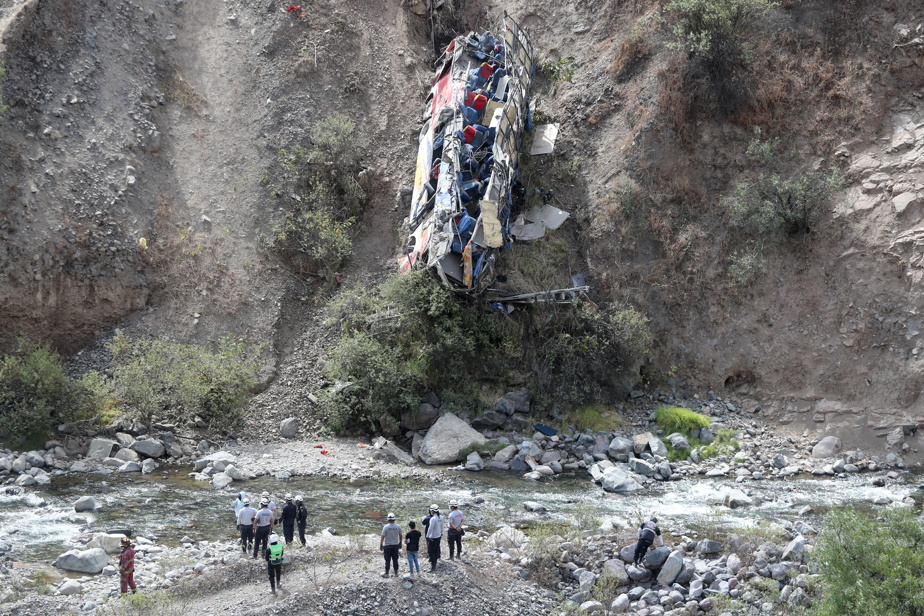 (Lima) At least 32 people were killed, including two children, and 22 others were injured when a bus crashed into a ravine in central Peru early Tuesday, rescue workers and police said.

An initial evaluation reported 17 deaths, quickly rising to 26 and then 29 deaths. This is the third accident with a significant number of casualties in Peru over the past four days.

The bus carried 63 passengers and had left Huanuco (northeast) for Lima.

“Unfortunately we cleared 32 bodies”, said the police commander César Cervantes, according to which “lightness” was the cause of the accident and the driver “drove at high speed”.

Among the victims are two children, ages three and six.

The driver driving at the time of the accident died, the second driver was taken into police custody.

Major Freddy Loarte, who is in charge of the rescue, had previously announced that a crane would move the bus and free the victims.

On Sunday, 22 people died and an unknown number of people are still missing after two boats collided on a river in the Peruvian Amazon, according to a new report also released on Tuesday. One of the boats carried more than 80 people, while its maximum tonnage was 30 places.

Two days earlier, a bus crashed into a ravine in the south-east of the country, killing 17 people.

Road accidents are very common in Peru due to excessive speed, poor road conditions, lack of signage and poor controls by the authorities.

Venezuela | Protest against the extradition of a relative from Maduro. to the USA

What companies should plan for employee safety –

Afghanistan | The Taliban continue their advance, only Kabul is still controlled by the government