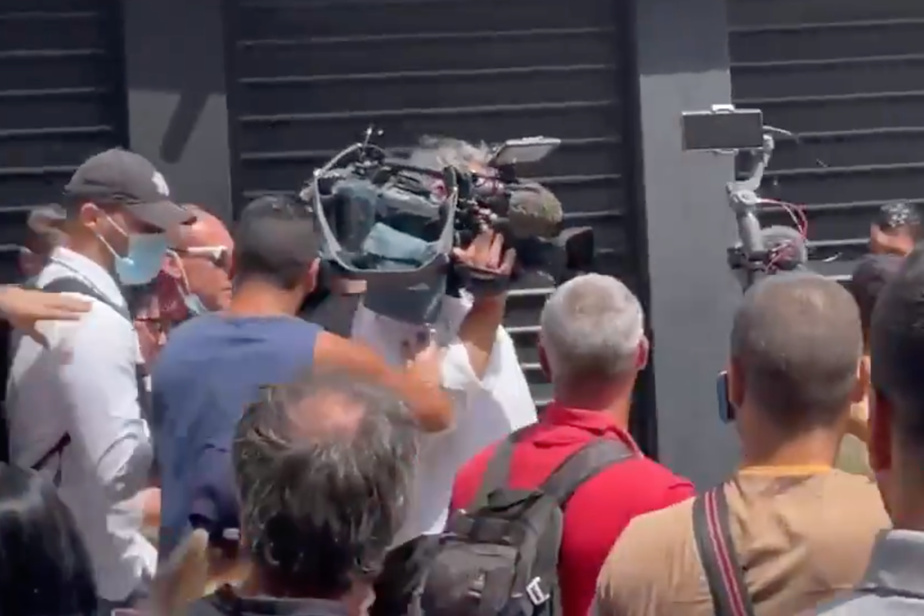 (Paris) The NGO Reporters Without Borders (RSF) called on Wednesday to “protect the right to information” while protests against the health passport and other restrictions in France, Italy and Spain “attacked at least seven journalists and threatened others “. and Slovakia.

“Wrongly equated with propaganda organs that support the existing governments, journalists from several European countries became the target of violent persons during the demonstrations on Saturday, July 24th” against the introduction of a health pass, which requires access to various public spaces, outraged to release RSF in a press.

“The attacks, threats and obstacles targeted while reporting the events as independent observers are inadmissible,” an official from RSF in Europe, Pavol Szalai, said in the press release.

“We demand effective protection for journalists in the event of protests and in-depth investigations into physical assaults. The right to information must have priority, ”adds Pavol Szalai.

The most violent attack took place in Florence, where demonstrators kicked and insulted the photo reporter Saverio Tommasi from the news website fanpage.it for several hours.

Pavol Szalai, Head of Reporters Without Borders in Europe

Saverio Tommasi took seven and a half minutes of pictures in which he is constantly insulted and pushed around. Here is an excerpt. At 2:05 am, the onslaught intensified so much that an undercover officer came looking for him and insisted he pull back.

In Rome, RAI journalists were insulted, as were their colleagues from the daily newspapers Il Secolo XIX and Genova 24 in Genoa and others in Milan, where “one of them was pushed by demonstrators”.

In France, during a march on Saturday in Marseille, two representatives of France 2 television were insulted, pushed around and chased away by a group of people. The France Télévisions group then announced that they would file a complaint with the police, as BFMTV had done two days earlier, of which two reporters were brought to justice by protesters in Paris.

And during the July 17th demonstration in Besançon, the reporter Toufik de Planoise from Radio BIP / Media 25 received “a blow” from a “far-right activist,” regrets RSF.

In Spain, in Madrid, “protesters who speak out against wearing masks and vaccinating minors against COVID-19” threatened, insulted or booed, reporters from Antena 3, Telemadrid and LaSexta.

Finally, in Slovakia, demonstrators “attacked, shoved and insulted the journalists and the cameraman” from TV Markiza.

COVID-19 | New moratorium on rent evictions in the USA