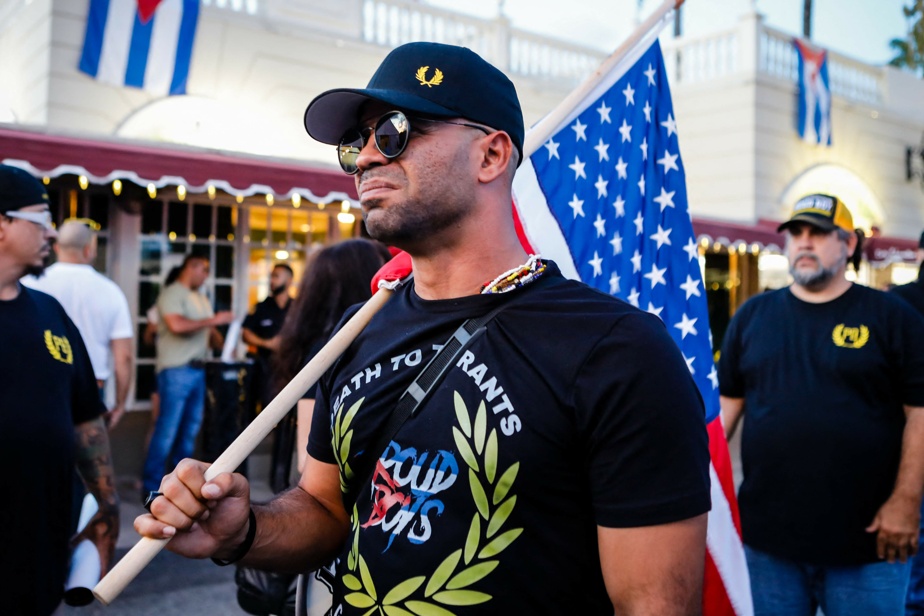 (Washington) The leader of the Proud Boys, a far-right American militia, was sentenced to five months in prison on Monday for breaking a “Black Lives Matter” banner on a Washington church during protests in support of Donald Trump.

A key figure in this right-wing extremist movement, the US capital in the attack on the US Congress on the 6th and burned it down, according to the Department of Justice.

He had been charged by a Washington court with demolishing property of the Asbury United Methodist Church in an earlier demonstration on December 12th, which escalated.

The charges were based on a photo posted on social media of him posing with the banner and a lighter in hand.

Police said he was also charged with possession of two illegal high-capacity firearm magazines during his arrest.