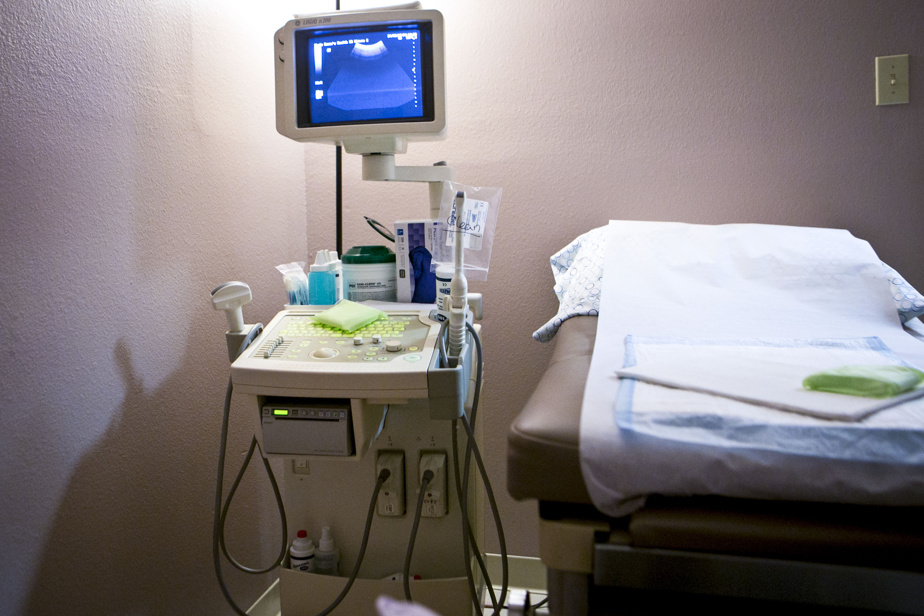 Beginning September 1, Americans across the country will be able to sue doctors or family members who have had an abortion after six weeks of pregnancy in Texas – whether they knew the patient or not, whether medical or other help. Proponents of abortion rights are trying to contain the law before it goes into effect. But an unusual government regulation complicates the process.

“When I saw this law I was shocked, I didn’t think it was real, it’s so absurd,” replied Dallas-based multi-religious pastor Erika Forbes on the phone.

In her role as a companion, the abortion rights activist could be sued by any American for at least $ 10,000 for helping a woman who is more than six weeks pregnant to have an abortion.

Texas isn’t the first state to try to restrict the legality of abortions when the fetus’s heartbeat can be heard about six weeks after pregnancy; no one has yet passed the legal challenge test. On the other hand, it is the only one that puts the application of the law through civil action exclusively on the shoulders of the citizens.

“It is unheard of to forbid a state to enforce its own law and leave it to its citizens to enforce it,” notes Caroline Mala Corbin, law professor at the University of Miami.

The specialist in the American constitution sees a blatant intention in this: to make a challenge more difficult, since the authorities responsible for enforcing the law are usually targeted.

“The purpose of this law is to avoid this type of recourse,” added Josh Blackman, professor of constitutional law at the South Texas College of Law Houston.

It is impossible to prosecute the governor or the state as they are not the ones who enforce the law.

Abortion rights groups have appealed, however. Led by Whole Woman’s Health, which also includes Pastor Erika Forbes and Dr. Bhavik Kumar are involved, it is aimed in particular at state judges.

It is difficult to predict the results. “I have little hope that these desperate efforts will be successful,” says Blackman. But that is the only option for her now. ”

The decision made at the time guarantees the right to voluntary abortion during the first trimester, but leaves any state the option to ban abortions if the fetus is deemed viable, approximately 22 to 24 weeks.

But anti-abortion groups want this to be changed and are fighting for what they call the protection of human life. The Supreme Court has agreed to hear a dispute over the Mississippi 15-week abortion law banning the argument that the fetus may be in pain at the time. A decision should be made next year.

If certain provisions can fuel interpretative debates, the new Texas law, which sets the deadline at six weeks, is not part of a legal ambiguity, according to Ms. Corbin.

There is no doubt that this law is unconstitutional.

Caroline Mala Corbin, Professor of Law at the University of Miami

By initially making the challenge more difficult, the new legal provision increases your chances of staying in force at least for a certain period of time – for example until the first challenged case – which could have consequences.

Amy Hagstrom Miller is the head of Whole Woman’s Health, an abortion group and the lead plaintiff in the lawsuit. A lot of legal preparation is already required to question what she sees as “radical” law, she says. And the group is preparing for the sequel.

“That puts an additional burden on us,” she adds. We work with donors and foundations, with people who help us to set up a fund to support clinics and employees. ”

The lawyer for abortion law Dr. Bhavik Kumar is one of two doctors among the defendants in the lawsuit against the new Texas law.

Kumar, a doctor at the Planned Parenthood Center for Choice in Houston, intends to comply with the new law by diverting patients more than six weeks pregnant to another state, but fears the repercussions for those who cannot afford it can trip. “We know that government restrictions affect low-income people and visible minorities more unfavorably,” he said on the phone.

Pastor Erika Forbes, who works with the Texas Freedom Network, is waiting for more but intends to continue her work. “I will continue to help women make decisions and give them comfort for as long as I can,” she says.

One of the points made by opponents of the new Texas abortion law is violations of other constitutional rights in other parts of the country. “If we allow this kind of structure in which it is not the state that enforces the law, but private individuals, and that is what makes it possible to circumvent constitutional challenges, we can imagine a very progressive state with an obviously unconstitutional gun law same structure, ”notes Caroline Mala Corbin, law professor at the University of Miami. Therefore, aside from the issue of abortion, states can track events in Texas for other divisive issues.

Number of medical abortions in the United States in 2018

Proportion of these abortions performed after 13 weeks or less

Burma tentatively celebrates the six-month anniversary of the coup