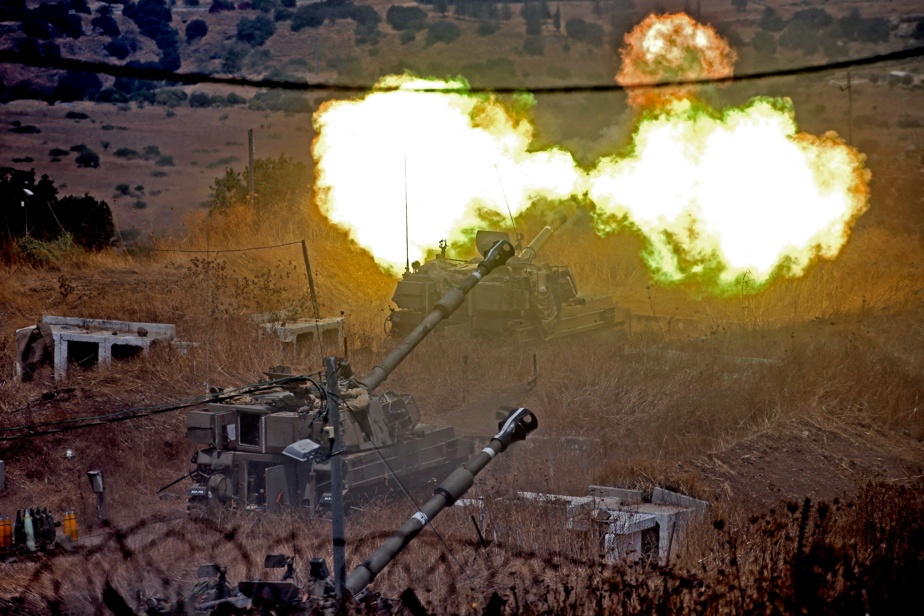 (Beirut) Lebanese Hezbollah fired more than ten rockets at Israel on Friday, which responded with artillery fire, a major escalation between the Jewish state and the Iranian-backed Shiite movement.

The two enemies said they did not want an escalation after the United Nations Interim Force in Lebanon (UNIFIL) warned of a “very dangerous situation” and called for an “immediate” ceasefire.

Hezbollah said it had bombed “positions of the Israeli occupation forces in the Shebaa Farms region,” which is the Lebanese name for the area.

A Lebanese soldier holds a piece of an Israeli missile that was recovered from the Dimashqiya area in southwest Lebanon on Aug. 5.

According to Israel, 19 rockets were fired, six of which fell to the ground. Three missed their target and the rest were intercepted by the Hebrew State Air Defense.

The Lebanese Shiite movement claimed it was in response to the previous day’s Israeli air strikes on southern Lebanon, the first since 2014.

On Friday, an AFP correspondent in southern Lebanon observed artillery fire by Israeli troops on Chebaa farms and near Kfarchouba. In the afternoon it was quiet.

“We do not want an escalation into a real war, but of course we are ready for that,” IDF spokesman Amnon Shefler told reporters.

The same goes for Hezbollah number two, Naïm Kassem: “We do not believe that things are heading for an escalation even though Hezbollah is prepared for a confrontation,” he told reporters.

The Israeli Air Force regularly bombs suspected Palestinian Hamas positions in the Gaza Strip and also carries out attacks in neighboring Syria, where it attacks positions of pro-Iranian forces.

The last alleged air strikes in Lebanon were in 2014. However, these attacks did not target Hezbollah strongholds.

Since then, the two camps have been in a state of war, but avoid any wildfire.

A feverish outbreak occurred in 2019 when Hezbollah targeted an Israeli military vehicle in retaliation for two attacks attributed to Israel against its interests in Syria and Lebanon.

Anger of the villagers

In rare cases, Druze residents of Hasbaya village stopped a truck with a rocket launcher used in Hezbollah’s attack on Friday, a military source told AFP.

“A unit of the (Lebanese) army in the village of Chwayya arrested four people who fired the rockets and confiscated the rocket launcher,” the army said in a statement.

This week, Israel said it would hold the Lebanese state responsible for “all actions from its territory” that undermine “Israeli civilians and Israeli sovereignty”.

“Israel calls on the international community, and in particular the United States, to demand that the Lebanese government put an end to rocket attacks on Israel,” said Israeli Defense Minister Benny Gantz in a telephone interview with his American counterpart on Friday.

The Jewish state “will continue to operate against Hezbollah” to defend its people, he added.

For its part, France, which is leading international efforts to relieve Lebanon, said it was “concerned about rising tensions” and called for the “cessation of hostilities”.

In an unprecedented economic and social crisis, Lebanon has remained without a government since the explosion in the port of Beirut in August 2020.

The exchange of fire on the Lebanese-Israeli border also coincides with a resurgence of tension between the Hebrew state and Iran, godfather of Hezbollah, following a fatal attack in the Arabian Sea on an oil tanker owned by the company of an Israeli billionaire.

Mixing vaccines, a “dangerous trend” according to WHO –