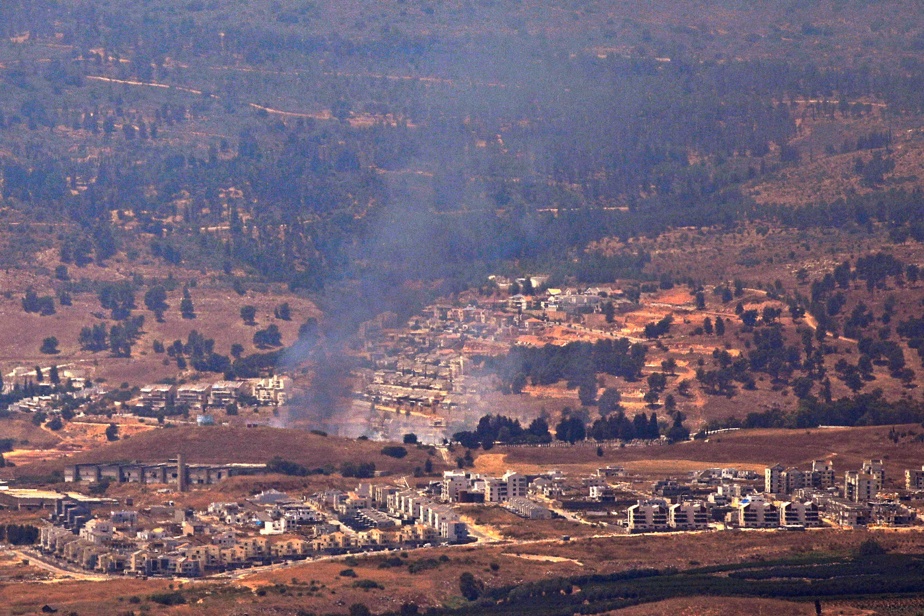 (Jerusalem) The Israeli army fired on neighboring Lebanon on Wednesday in response to rocket fire on its territory, a military statement said.

“Three rockets were fired from Lebanon into Israeli territory,” the army reported without giving any information.

Two projectiles fell in Israel and the third did not cross the border, she added, without giving the exact location of the rocket impact. Sirens had become aware of gunfire in the Israeli border towns of Kiryat Shmona, Kfar Giladi and Tel Hai.

In response, the Israeli forces “fired on Lebanese territory,” the army continued.

The rocket fire was not immediately alleged.

Four shocked people were cared for by Magen David Adom, the Israeli equivalent of the Red Cross, the organization said.

The Lebanese armed movement Hezbollah, Israel’s sworn enemy and very influential in southern Lebanon, did not immediately comment on the shootings.

The shots were fired on the 1st anniversary of the explosion of hundreds of tons of ammonium nitrate in the port of Beirut, which left 214 dead, more than 6,500 injured and devastated several quarters of the Lebanese capital.

On July 20, the Israeli army fired at Lebanon in response to rocket fire on its territory.

Previously, in May, the last rocket fire on Israel from Lebanon occurred amid a conflict between the Israeli military and the ruling Palestinian Islamist Hamas movement in the Gaza Strip.

“I was lucky,” says the head chef of a restaurant in the World Trade Center

Talks with the Taliban | Blinken is visiting Qatar next week