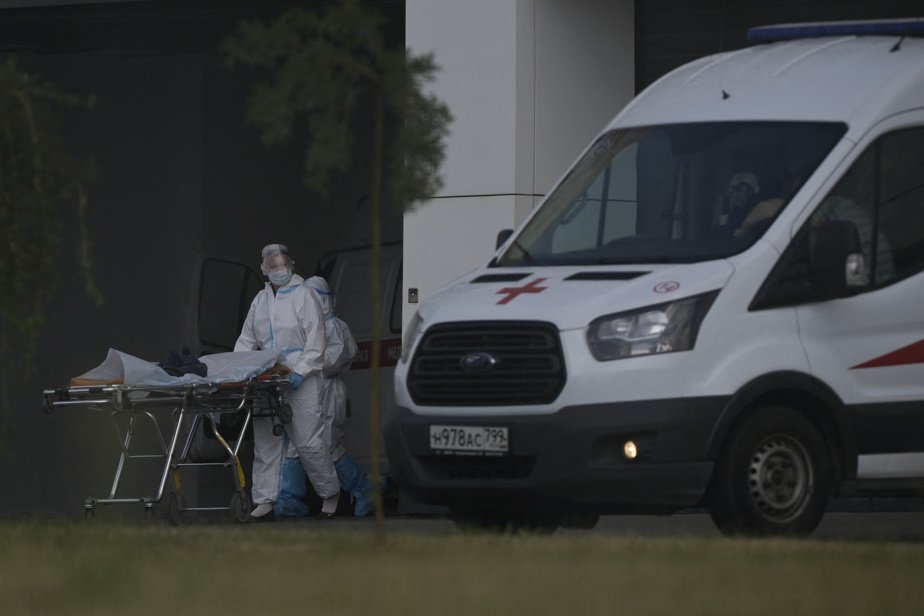 (Moscow) Russian authorities reported 819 COVID-19-related deaths within 24 hours on Saturday, a record for the third day in a row due to the Delta variant and a sluggish vaccination campaign.

The country, which has faced an epidemic resurgence since the beginning of summer, has also registered 22,144 new cases of coronavirus, according to the daily figure provided by the Russian government’s crisis center.

This report totals 169,683 of the government’s pandemic-related deaths. However, this figure is partial as it only takes into account autopsy deaths the main cause of which is COVID-19.

The broader Russian statistics agency Rosstat reported more than 300,000 deaths at the end of June 2021.

The epidemic wave caused by the Delta variant is all the more deadly – around 21,000 dead in June alone, according to Rosstat – as the Russians are in no hurry to get vaccinated against the background of distrust of serums developed by Russia, such as Sputnik V.

Almost 30% of the population received at least one injection at the start of the campaign in December 2020. President Vladimir Putin’s calls for vaccination have not accelerated the situation either.