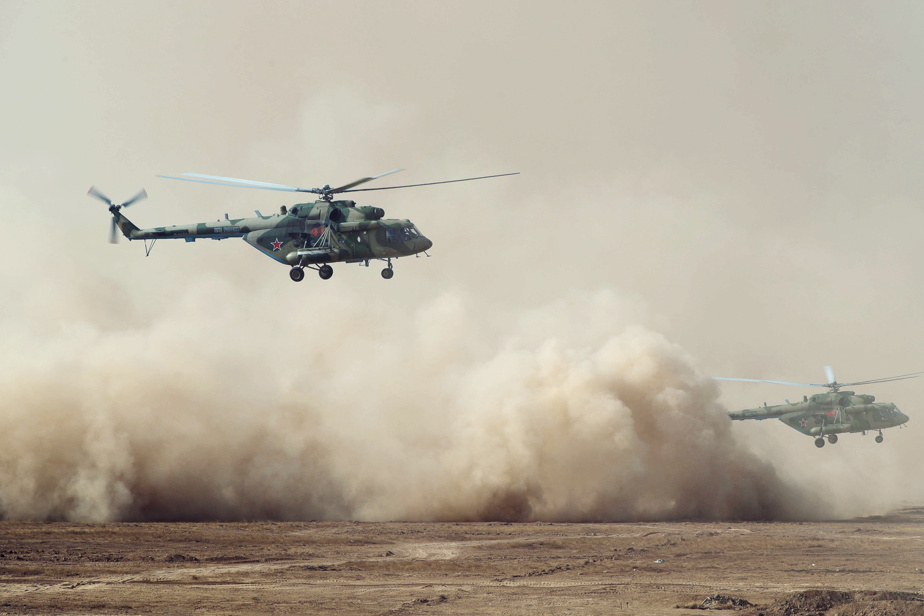 (Moscow) A helicopter with 16 people on board, including 13 tourists, crashed on the Kamchatka Peninsula in Russia’s Far East on Thursday, the local government said in a statement.

The Mi-8 helicopter crashed in Lake Kuril in the Kronotsky nature reserve, the statement said.

According to initial information, “there were 3 crew members and 13 passengers on board,” all “tourists,” he adds.

According to the same source, 40 rescuers from the Russian Ministry of Emergency Situations and divers were dispatched to the crime scene.

According to the local health ministry, nine people were saved.

The fate of the remaining seven people is initially unknown, she said.

An investigation into violations of flight safety and operating regulations has been initiated, said the Russian investigative committee, which is responsible for the main investigations in the country, in a statement.

The Vitiaz-Aero helicopter was supposed to take tourists on board to Chodutka, one of the volcanoes around the city of Petropavlovsk-Kamtchatsky, according to the local branch of the Ministry of Emergency Situations.

Kamchatka is a huge area with a very small population, but it is valued by tourists for its volcanoes and wild nature.

In early July, a plane belonging to a small local company crashed in Kamchatka, killing 19 people.

Long known for its plane crashes, Russia has made significant improvements to its flight safety since the 2000s when the country’s major airlines switched from aging Soviet planes to more modern aircraft.

But maintenance issues and sometimes lax compliance with safety rules are still a problem.

Origin of COVID-19 | The report Biden requested is inconclusive