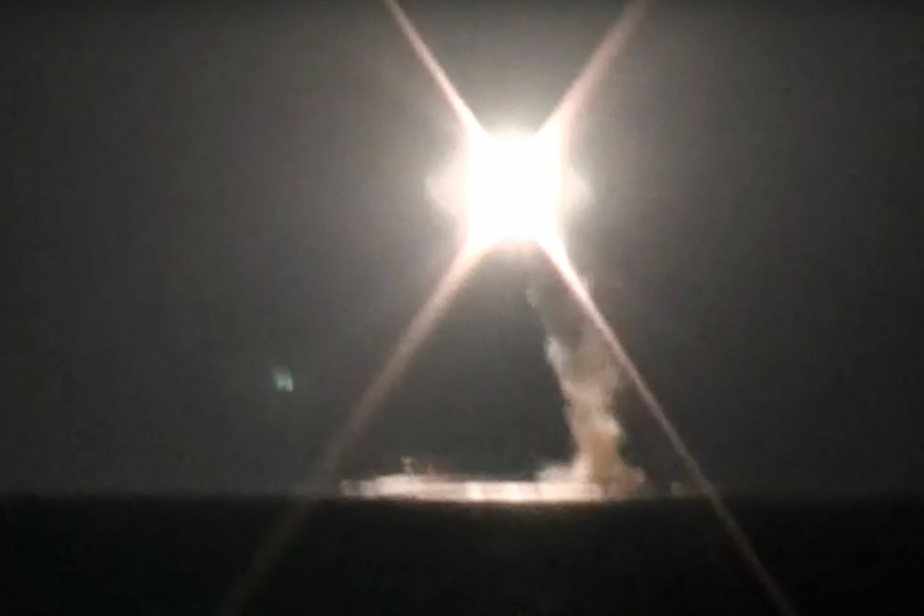 (Moscow) Russia announced Monday that it had successfully conducted two test fires of hypersonic zircon cruise missiles from a submarine, a new type of weapon that Moscow believes is “invincible” and that worries Washington.

In a statement, the Russian Defense Ministry said the Severodvinsk nuclear submarine first fired zircon “at a depth of 40 meters” underwater.

According to this press release, broadcast on Telegram, the device was fired from the White Sea and fell as planned on a target in the Barents Sea (northern Russia).

A few hours earlier, the Russian army had announced that the Severodvinsk submarine had fired its first shot of zircon on the surface on Sunday. According to the ministry, it was the first test from a submarine.

A video released by the ministry showed the vehicle taking off in a flash of light in the middle of the night.

The first official launch of a zircon rocket goes back to October 2020, when Russian President Vladimir Putin celebrated a “great event”. Further tests have taken place since then, in particular from the frigate Admiral Gorchkov.

The most recent recordings are made against the backdrop of a discreet resumption of negotiations between Moscow and Washington on “strategic stability” following the June meeting of Presidents Vladimir Poutine and Joe Biden.

The issue of arms control is at the center of these negotiations, which are aimed at calming the severely deteriorated bilateral relations and slowing down a new arms race.

In the context of tensions with Western countries, Russia has in recent years multiplied announcements about the development of new weapons that Putin has called “invincible”, such as zircon.

With a maximum range of around 1,000 kilometers, it will equip surface ships and submarines of the Russian fleet.

Several other weapons such as the Air Force’s Kinjal hypersonic missile and the nuclear-powered Bourevestnik missile are under development.

The first new generation of Avangard hypersonic missiles, which can reach speeds of Mach 27 and change course and altitude, entered service with the Russian Army in December 2019.

Guinea | The head of the junta becomes interim president

October 1, 2021
Recent News
RSS Error: A feed could not be found at `https://www.lavernecommunitynews.com/feed/`. This does not appear to be a valid RSS or Atom feed.
Facebook Twitter WhatsApp Telegram
Back to top button
Close
Close
Close
Log In