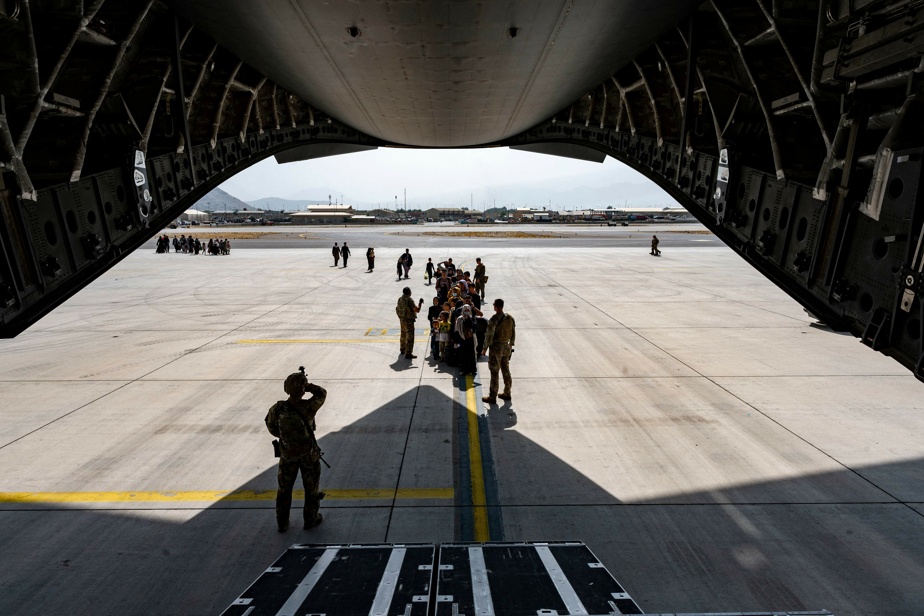 (Washington) US citizens should avoid traveling to Kabul airport because of “potential security threats”, the US embassy in Afghanistan said on Saturday.

The nature of these threats was not specified, but a White House official said Joe Biden spoke to senior officials in his government on Saturday morning “about the security situation in Afghanistan and the fight against terrorism, including ISIS,” the Islamic State Group.

The bulletin published on the embassy website reported “potential security threats at the gates of Kabul airport”.

“We advise US citizens not to travel to the airport at the moment and avoid airport gates unless they are given individual instructions from a US government official,” the embassy said.

Pentagon spokesman John Kirby declined to elaborate on the nature of the danger: “I will not go into detail on our threat assessment or what the intelligence services are saying,” he said during a press conference, stating that the situation in the city is very high is “very”. fluctuating “and that the risks could develop” from one hour to the next “.

“We are still in regular contact with the Taliban leadership in Kabul, especially with those responsible for the checkpoints at the airport,” he said.

About 17,000 people have been evacuated from the United States since August 14, including 2,500 Americans, General Hank Taylor of the U.S. Joint Chiefs of Staff said Saturday.

In the past 24 hours, around 3,800 people have been evacuated on 38 flights, he said. At the same time, three planes arrived at Washington International Airport.

If US citizens show up at the airport, they will be taken care of despite the warning from the embassy, ​​said General Hank Taylor.

The United States plans to evacuate more than 30,000 Americans and Afghan civilians through its bases in Kuwait and Qatar.

The US government discussed “vigorous efforts to negotiate agreements with third countries other than border crossing points,” said the White House official on Saturday morning.

“We fight against both time and space,” said John Kirby.

The coming and going of American military planes was interrupted for several hours on Friday because the base on which they landed in Qatar was saturated.

Seemingly underscoring concerns in Washington, President Joe Biden canceled his weekend trip to his Delaware residence at the last minute on Saturday morning – although news of a hurricane on Sunday in the northeastern United States could also influence his decision to ultimately stay at the White House.

The gigantic evacuation operation in the Afghan capital, “one of the most difficult in history” according to Joe Biden, continued amid chaos on Saturday, the roads to Kabul airport remained clogged.

Despite days of failure, thousands of families still gathered in front of the airfield on Saturday in the hope of getting on a plane.

Attacks of November 13th | How do you prepare for a marathon test? The previous Charlie Hebdo