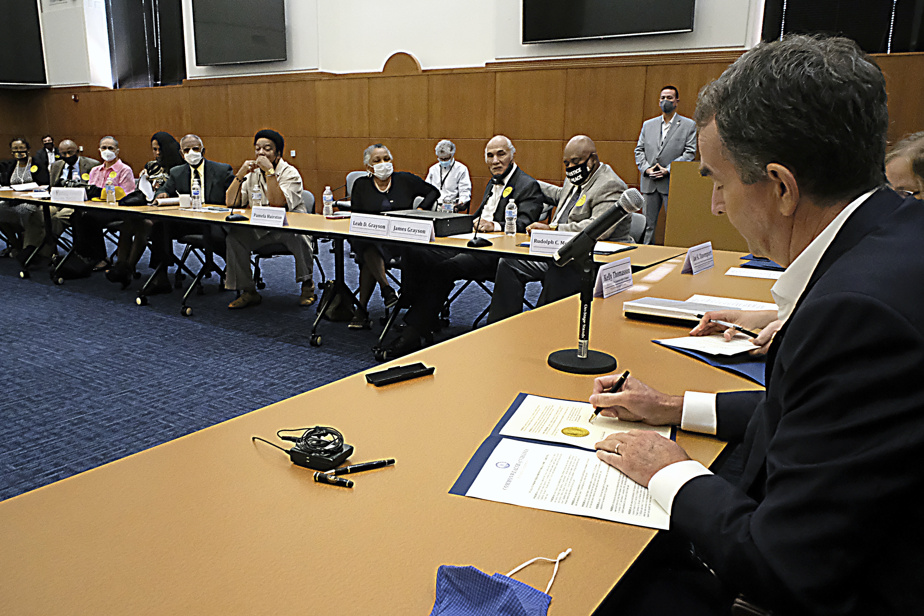 (Washington) The Democratic governor of Virginia on Tuesday posthumously pardoned seven African Americans who were executed for raping a white woman in 1951 following a racist investigation and trial.

Ralph Northam announced his decision after meeting the descendants of the men nicknamed “The Seven of Martinsville”. The pardons “do not relate to the question of their guilt,” but “acknowledge that they had no right to impartial justice,” said a press release from their services.

Their skin color “played an undeniable role in their identification, investigation and conviction” on the death penalty, particularly when they were tried by all-white juries, his decree adds.

“While we can’t change the past, I hope this move brings some peace,” commented the governor, a prison reform advocate who has approved a record 604 pardon requests since taking office in 2018.

The Martinsville, Southern Virginia case dates back to January 1949. A 32-year-old white woman claimed to have been raped by a group of black men, and the police quickly made seven arrests and received a signed confession.

But the seven men interviewed without a lawyer had given different versions of the scene, and some were illiterate and unable to read their confessions.

Despite protests in their favor even outside the White House, they had moved to the electric chair in February 1951, bringing the number of rape convicts executed in Virginia since 1908 to 45 – all African American.

Years later, in 1977, the Supreme Court ruled that the death penalty for rape cases was unconstitutional.

For several years now, the United States has been critically appraising its past and stepping up initiatives to recognize the victims of racism, a movement that has accelerated since the murder of African American George Floyd in May 2020.

Significant decrease in the number of corona infections in Israel |