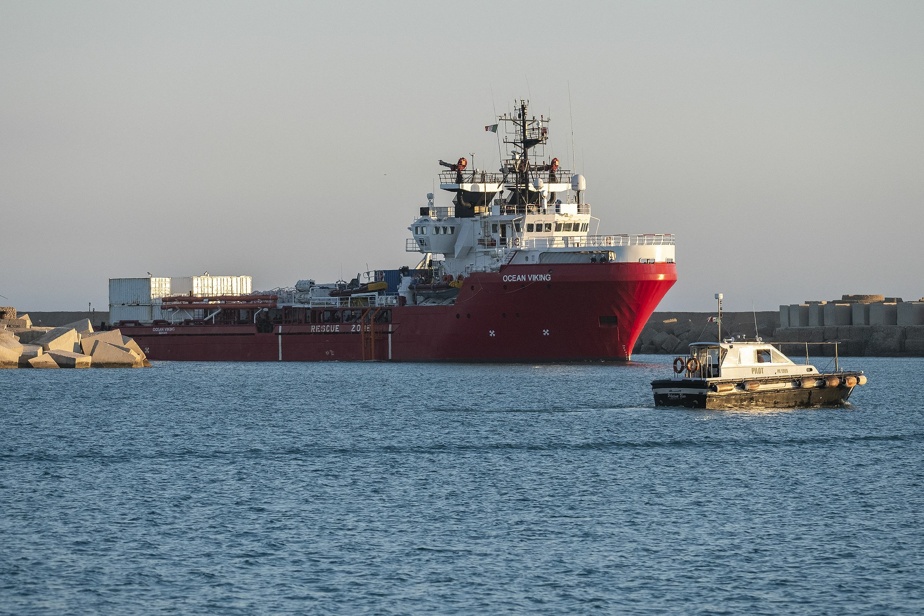 (Marseille) With 555 people on board, “an untenable situation”, the sea rescue ship Ocean Viking asked the responsible maritime authorities on Monday to assign a safe harbor, as we learned from the NGO SOS Mediterranean.

Malta gave the NGO a negative response, while Libya and Tunisia “did not respond”.

More than 700 migrants who tried to cross the Mediterranean in makeshift boats were taken on board at the weekend during operations of the Ocean Viking and the ships of the German NGOs Sea-Watch and ResQship.

“The situation on board is untenable,” assured a spokesman for SOS Méditerranée. “With increasing swell and oppressive heat, the physical condition of the people on board deteriorates,” the NGO tweeted on Monday.

“Many suffer from seasickness. Some passed out on our deck from the heat and the ordeal they experienced,” a medical team leader said on Twitter.

After every rescue, the NGOs, some of them stranded at sea for several days, have to wait for the maritime authorities to assign a “safe harbor” to disembark.

Despite persistent uncertainty, Libya remains an important transition point for tens of thousands of migrants trying every year to reach Europe via the Italian coast, 300 km from the Libyan coast.

The spokeswoman for the United Nations High Commissioner for Refugees in France, Celine Schmitt, called on Europe at the beginning of July to equip itself “urgently” with an automatic, predictable and solidarity-based distribution mechanism for rescued migrants in order to guarantee them a better reception and not just the Mediterranean countries to leave at the forefront.

Benin on alert, according to Minister Hounkpatin