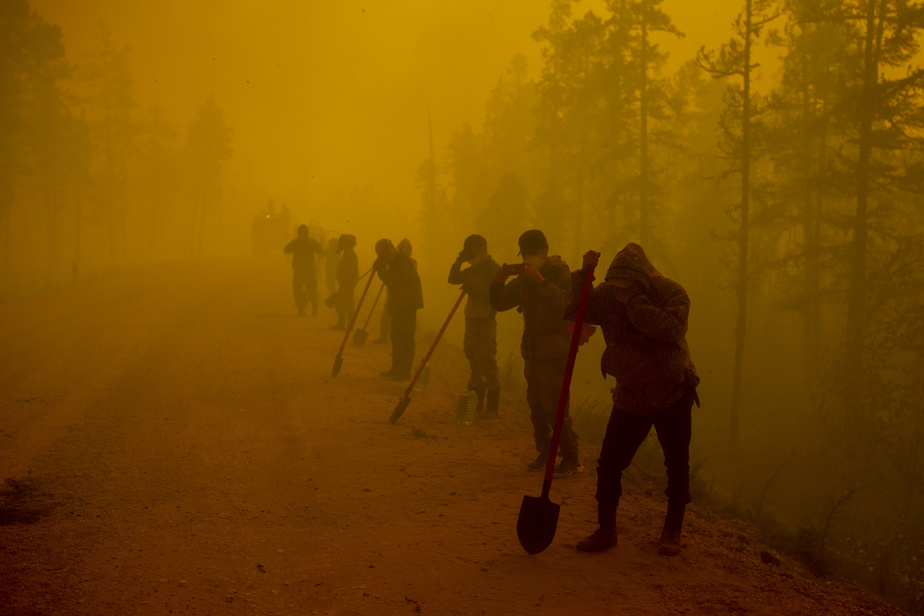 (Moscow) Russian President Vladimir Putin on Tuesday ordered efforts to be redoubled to fight the fires in Yakutia, Siberia, where the situation continues to deteriorate as the fire burned 8.68 million hectares of forest.

Vladimir Putin ordered the Emergency Situations Ministry to “increase fire fighting equipment,” the Kremlin said in a statement in this vast and sparsely populated region of northern Siberia.

According to the ministry’s local branch, more than 4,200 firefighters are currently working there to fight the fire.

But the situation “remains the most difficult,” warned the Russian weather agency Rosguidromet on their side on Tuesday.

According to the Federal Forest Protection Office, around 8.68 million hectares of forest have gone up in flames.

For its part, the US space agency NASA reported in a statement on Saturday that smoke from the Yakutia fires had “traveled more than 3,000 km to reach the North Pole, which appears to be a first in documented history.”

Most of Russia is covered in smoke.

During a visit to Yakutia in late July, firefighters and local authorities told AFP that they lacked men, equipment and other resources to deal with the extent of the fires.

Environmentalists are questioning Russian forest fire-fighting policies, including a 2015 government decree allowing local authorities to ignore fires if the cost of extinguishing them exceeds estimated damage.

On Monday, UN climate experts (IPCC) released a report claiming humanity is “undeniably” responsible for climate change and has no choice but to drastically reduce the greenhouse effect if it is to limit the damage.

Finland | Three youths sentenced to death for torturing a comrade