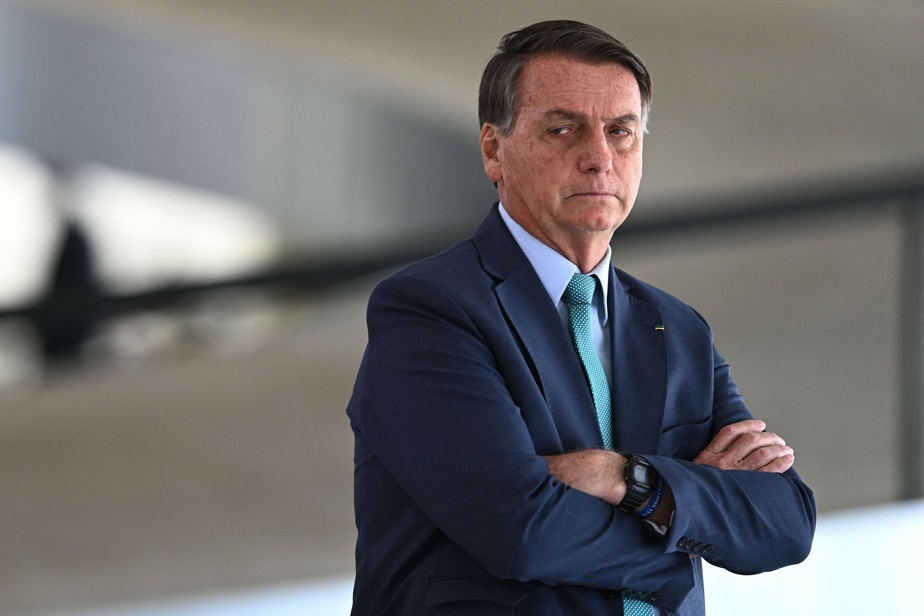 (Brasilia) A Brazilian Supreme Court judge on Wednesday ordered a preliminary investigation into President Jair Bolsonaro for disseminating false information following his constant and unproven attacks on the electoral system.

Judge Alexandre de Moraes made this decision at the request of the Supreme Electoral Court (TSE), which announced on Monday that it would initiate proceedings against the head of state for “abuse of political and economic power” […] in its attacks on the electronic voting system and the legitimacy of the 2022 elections ”.

The magistrate said the Supreme Court investigation would seek to determine whether the far-right leader was particularly guilty of “insult, defamation and slanderous denunciation”.

“The President of the Republic has condemned the practice of unlawful acts by members of the Supreme Court by using means of mass dissemination (false information) on social networks to harm the judiciary and compromise their independence,” Judge Moraes said in his ruling which AFP have access to.

The investigation must relate in particular to a more than two-hour live broadcast on Facebook in which President Bolsonaro reported last Thursday without evidence of fraud in the electronic ballot box system that has been in place since 1996.

He also criticized several Supreme Court justices, including Luis Roberto Barroso, who is also president of the TSE.

Mr Barroso had already been called a “fool” by Mr Bolsonaro last month in a speech in which he expressed doubts about the holding of the presidential elections at the end of 2022.

“Either we will make the right elections in Brazil or there will be no elections,” he threatened.

On Tuesday he raised his voice again and said he would “not accept intimidation”.

On Sunday, thousands of Bolsonaro pro demonstrators gathered in major Brazilian cities to protest against the electronic voting system.

Jair Bolsonaro is not pleading for a return to ballot voting, but for printing receipts after every electronic vote so that the votes can be recounted in the event of a dispute.

A measure rejected by the TSE, which ensures that the current system was never riddled with irregularities and that the printing of paper receipts could, on the contrary, “expose the election to the risks of manipulation of the past”.

The Brazilian president’s attacks on the electoral system come when he is in a bad situation because his popularity has fallen significantly, particularly due to his management of the coronavirus crisis, which is viewed by professionals as catastrophic.

Mr Bolsonaro will largely lose in the polls for several weeks against his sworn enemy, ex-President of the Left Luiz Inacio Lula da Silva (2003-2010), if he chooses to represent himself.

According to analysts consulted by the AFP, by repeatedly questioning the electoral system, Mr Bolsonaro is preparing the ground for a contestation of the election result in the event of a defeat.

He would be following in the footsteps of former US President Donald Trump, with whom he has sometimes been compared and who has a strong admiration.