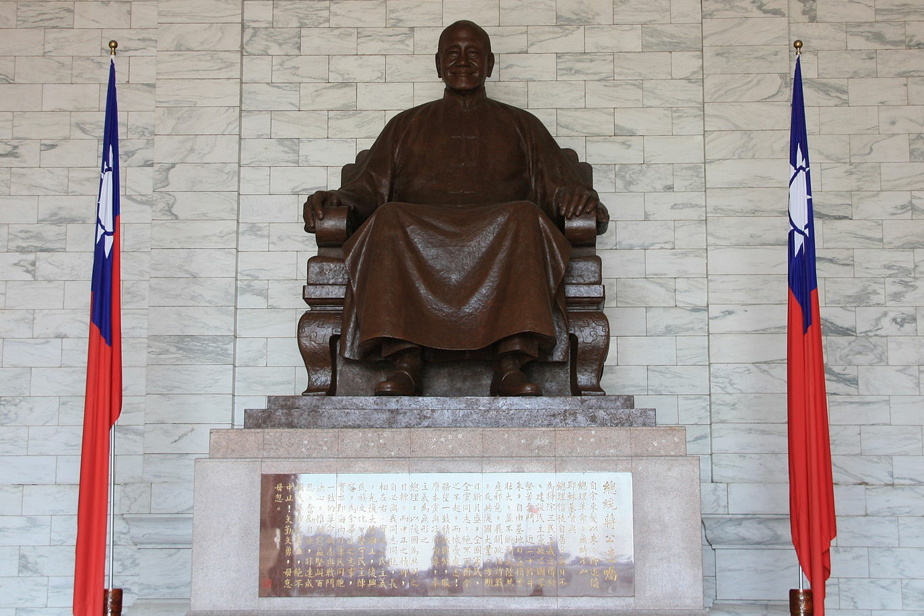 (Taipei) A government agency tasked with investigating the trauma of Taiwan’s authoritarian past called on Wednesday for the removal of the giant statue of former President Chiang Kai-shek, which for years has imposed brutal martial law.

The fate of this 6.3-meter-tall bronze statue has long been the subject of heated, passionate, and polarized debates in Taiwan, which has grown from a dictatorship to one of the most progressive democracies in Asia.

This depiction of Tchang sitting in an armchair is in the center of a huge plaza dedicated to the former generalissimo, such as the Lincoln Memorial in Washington.

The Independent Transitional Justice Commission decided on Wednesday that the statue should be removed and the square converted into a park “reflecting the authoritarian history of Taiwan.”

“His removal will be the sign […] a rejection of the legitimacy of the authoritarian regime and a reminder of historical lessons, ”she said.

Chiang is seen by many as a symbol of the military regime that banished, imprisoned and killed thousands of opponents until his death in 1975.

The families of the victims of a major massacre by Tchang nationalist troops in 1947 have long called for the statue to be removed.

For many young Taiwanese, Tchang is also synonymous with a form of authoritarianism that prevails in mainland China today under the leadership of a communist regime that has promised to restore sovereignty over Taiwan.

Chiang Kai-shek and the nationalist Kuomintang (KMT) troops withdrew to Taiwan in 1949 after losing the civil war against communist forces.

The Transitional Justice Commission was established three years ago by the party now in power, the Progressive Democratic Party (PDP), to remedy the excess authoritarian power of the KMT between 1945 and 1992.

The proposal to remove the statue is part of a report due for government approval next year.

But the question continues to split.

The KMT remains the main opposition formation on the island and, despite historical hostilities, is now working to warm up relations with Beijing.

He accused the commission on Wednesday of trying to tear society apart by demanding the removal of the statue.

“Former President Tchang defended Taiwan against invading communists and carried out tasks such as land reforms. The Commission cannot prove that it had no legitimacy, only shortcomings, ”the KMT said in a statement.