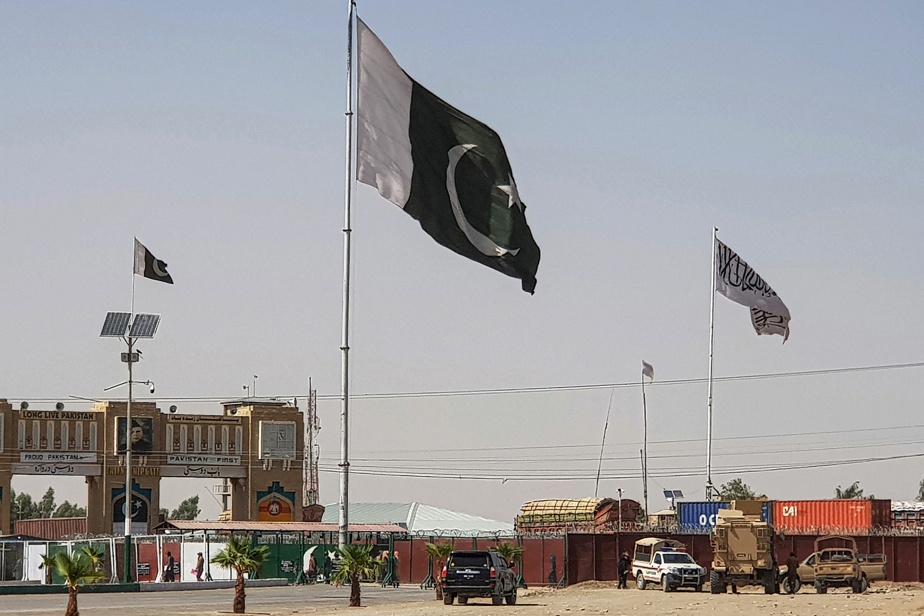 (Washington) After the September 11, 2001 attacks, the United States gave Pakistan a heavy ultimatum, urging it to sever ties with the Taliban. Islamabad appeared to agree, but demanded not be sidelined by Washington as it was in the 1990s.

Twenty years later, the Taliban have retaken Kabul from a US-backed government, and the rift between Pakistan and the US is likely to widen again.

“Pakistan is too important to be permanently ignored by the United States, but this time the Americans will take more time to determine the depth of their relationship with Pakistan,” said Husain Haqqani, former Pakistani ambassador to Washington.

The conflict in Afghanistan, which lasted two decades, was accompanied by turbulent relations between the US and Pakistan, as the Pakistani head of state, General Pervez Musharraf, promised “unwavering support” on September 11, 2001. After the attacks.

Hoping to attract a Pakistani population skeptical of the US, then Senator John Kerry spearheaded a 2009 $ 1.5 billion-a-year aid campaign to Pakistan.

However, US suspicions that the influential Pakistani armed forces and intelligence services were playing a double game came to light when the world’s most wanted man, Osama bin Laden, was found and killed in Pakistan by an American commando team in 2011.

And in 2018, Donald Trump’s United States ended its military aid to Islamabad.

Hussain Haqqani, now a researcher at the Hudson Institute, says Pakistan asked the United States for recognition for bringing it to the negotiating table with the Afghan government as part of the withdrawal.

But in Washington circles “everyone thinks of what Americans see as Pakistan’s role in enabling the Taliban to survive the US setback after September 11th,” says Haqqani.

While many Pakistanis see themselves as “scapegoats”, Mr Haqqani points out that Pakistan has not really helped its case with the “triumphalism” of some, including Prime Minister Imran Khan, who said the Taliban “broke the chains of slavery” .

Pakistan, an ally of the United States since the Cold War, worked with Washington in the 1980s to support Islamist guerrillas fighting Soviet troops.

When Washington’s interest waned, Afghanistan remained immersed in the war, and Pakistan openly supported the Taliban and their tough version of Islam during her reign between 1996 and 2001.

Islamabad has long seen the Afghan question through an Indian prism. Pakistan’s historic rival has provided Afghanistan with $ 3 billion in aid since 2001 to combat the influence of the Taliban, who are ardent supporters of anti-Indian activists.

Madiha Afzal, a researcher at the Brookings Institution, believes that the elites in Pakistan still do not want a total victory for the Taliban.

Such a total military victory puts Pakistan in a position where it is likely to be less able to control the Taliban because they feel they are victorious.

Islamabad also fears “terrible consequences for security” privately, and the victory in Afghanistan could give wings to the Pakistani Taliban in their own campaign of violence, the researcher emphasizes.

President Joe Biden also confirmed the withdrawal of US troops from Afghanistan because the deadlocked conflict represented a diversion of resources in the face of a much greater challenge with rising ambitions from China.

While the two largest economies in the world are developing a formidable rivalry in the Cold War, Pakistan has become one of Beijing’s closest allies, investing heavily in an “economic corridor” with Pakistan, while Washington sees India as an important partner.

According to Madiha Afzal, China will also depend on Pakistan’s ties to the Taliban as it tries to harness Afghanistan’s underground riches, particularly lithium, which is used in electric vehicles.

Michael Kugelman, South Asia expert at Woodrow Wilson International Center for Scholars, says the United States could still decide that Pakistan is the right option to influence the Taliban or, if Islamabad agrees, use the country as a base for anti- Serve terrorist operations.

On a visit to Washington shortly before the Taliban came to power, Pakistani security advisor Moeed Yusuf called for a long-term relationship with the United States that goes beyond a single issue.

But despite having the fifth largest population in the world, Pakistan ranked 56th in trade with the United States in 2019.

For the researcher Mahadi Afizal, Washington’s withdrawal from its relations with Islamabad would “only confirm Pakistan’s notion that the US only uses Pakistan opportunistically when it needs it”.

Afghanistan | American strike on IS target, the end of the evacuations soon