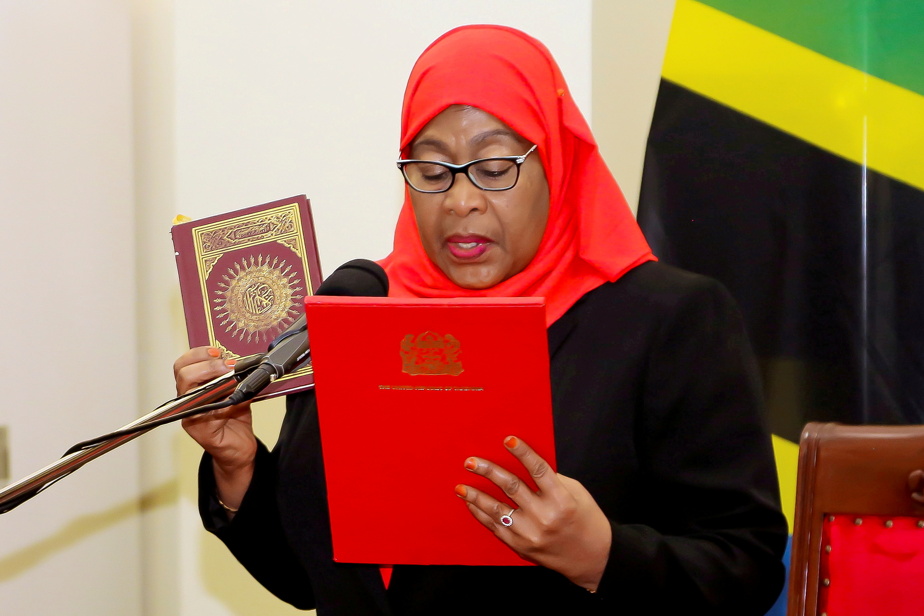 (Dar es Salaam) Tanzanian President Samia Suluhu Hassan sparked an uproar on the country’s social media after making comments on Sunday about “flat-chested” footballers who were not attractive enough to marry.

Ms. Hassan spoke on Sunday at a ceremony at the Presidential Palace where she welcomed the men’s U23 national team, which won the Cecafa Cup, a competition that brings together national teams from East and Central Africa.

Not attractive enough to find a husband?

On that occasion, she advocated better funding for women’s sport … but also sparked outrage by saying that many female soccer players could never get married.

Those with a flat chest might think they are men, not women.

“When we see their faces we may wonder […] If you want to get married, you want someone who is attractive, a woman who has the qualities you want, “she said, adding that among football players,” those qualities have disappeared. ”

“Today they make us proud as a nation when they bring home trophies, but when you look at their future, when their legs are tired from playing, when they don’t have the health to play with, what kind of life will they have? “, She also underlined.

“I know some were married, but many of them are not married. Married life is a dream for her.

Even if one of you brings her home as a wife, your mother will ask if it’s a woman or another man.

The founder of the Change Tanzania association joked Maria Sarungi about the people who welcomed the arrival of a woman at the top of Tanzania.

“So anyone who promotes a female presidency … @SuluhuSamia denigrates female soccer players for having ‘flat breasts’ and therefore lacking the assets necessary to get married,” she tweeted.

Samia Suluhu Hassan, 61, became President of Tanzania in March after the death of John Magafuli and is the only active female head of state in Africa with Ethiopian President Sahle-Work Zewde, although her role is mainly ceremonial.

Concern over Confrontation: Biden and Xi |