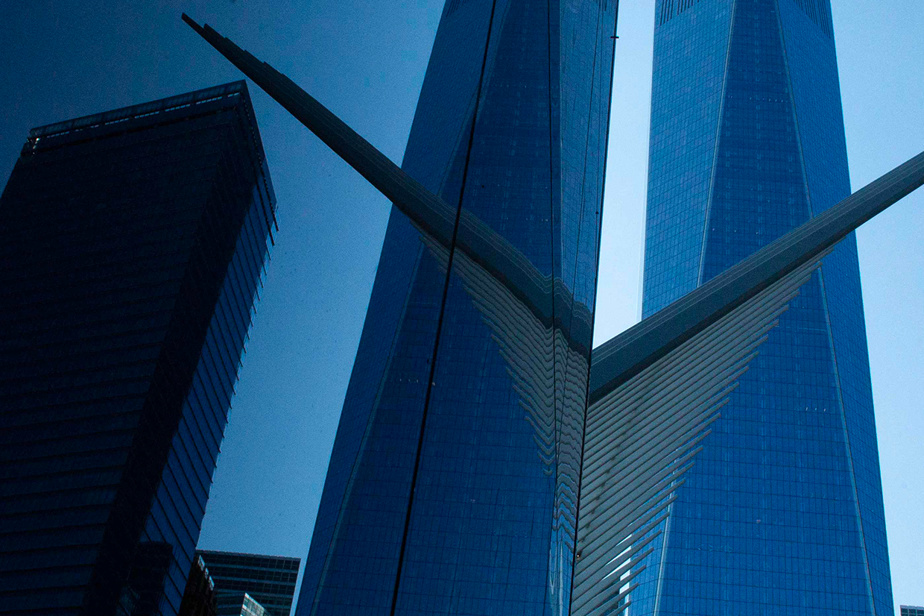 Lynne B. Sagalyn spent 12 years writing the most complete and comprehensive book on the rebuilding of Ground Zero in New York. From urban planning to political negotiations, including the role of the victims’ families, the Columbia University professor emeritus tells us in her words about this extraordinary project.

“The two main goals of the reconstruction of Ground Zero were also the two greatest challenges: the need to erect a monument in a symbolic place that is synonymous with the whole world, and the rebuilding of Lower Manhattan, where the historic business districts of New York City and thus the western world. In terms of urban planning, the area had to be integrated with the rest of Lower Manhattan. The old World Trade Center was surrounded by three districts, but built on a kind of platform that did not fit into the rest of the city structure. All of this had to be remedied by redesigning the road network and also by integrating public transport. Add that to the agenda of the port authorities who own the land they saw as a potential source of income and you will get a little idea of ​​how complex that is. Each party drew the covers on their own! ”

Lynne Sagalyn, author of Power at Ground Zero – Politics, Money, and the Remaking of Lower Manhattan

The role of grieving families

“It was out of the question for the families of the victims to build something on the ground plan of the two towers. It was a cemetery and therefore a sacred place. It was decided to preserve the footprint, but port authorities planned to build something underground, including public transportation, a shopping mall, etc. However, Port Authority encountered a categorical no from families. For them, the sacred place was not only on the surface, but also included the basement where the bodies of the victims were buried. There was no mention of passing buses or trains. There were long discussions. Finally, the traffic center exists, but it is a little further to the east. ”

The Tribute in Light, light installation at the location of the Twin Towers, view from New Jersey

“The reconstruction of Ground Zero has made the importance of ‘symbolic politics’ clear more than ever.” A place like the WTC had to be a healing element after this immense loss: the loss of human life, of course, but also the loss of the essence of the city, because the two towers were an integral part of the New York image. There will always be a scar. Personally, when I drive in from New Jersey, I still see the two towers, even though they are no longer there. Architectural icons play an important role in the life of a city, they give meaning to the identity of the people as citizens of that city. When such a symbol disappears, it is like losing a part of yourself. This symbolic aspect therefore had to be taken into account when planning Ground Zero.

The Ground Zero location in 2011, ten years after the attacks

“Another lesson from this project concerns projects developed in public-private partnerships (PPPs). I’ve been writing about this type of project for 20 years, which is full of pitfalls. You work strategically, but there are several agendas that come into play in getting the details right: In the case of Ground Zero, one of the big issues was that nobody was responsible for the costs. In the early years of the project, money couldn’t even be brought up because people had died there. And then time passed and the cost problem disappeared. So one of the lessons from this project is to look at the costs during the planning process and development of the PPP, because after that it is too late. Even so, today we can say that Lower Manhattan has become a vibrant neighborhood. In that regard, it’s a real success. ”

What could have been different

“I would say that the lack of a cultural component is what is missing most of all in this project. Today, as I speak to you, we are building a cultural center for the arts, but that is very late. There should also be a place called the Freedom Center where terrorism and security issues were discussed. This center would have contributed to the dialogue, not just on September 11th. But the families of the victims vigorously resisted. There was no question for her that the page should be devoted to something other than the victims. I personally regret it. This would have given the site another dimension. ”

Power at Ground Zero – Politics, Money, and the Redesign of Lower Manhattan

Panchir resistance calls for a ceasefire and withdrawal of the Taliban