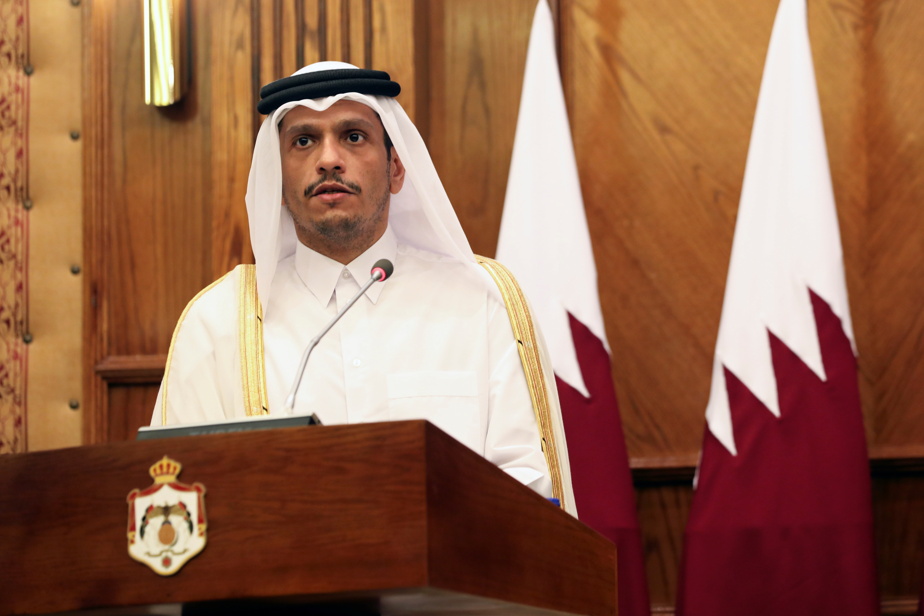 (Doha) The ministers are following one another at breakneck speed, some are relocating their Afghan embassies there, and all are praising his efforts to reopen Kabul airport: Qatar has become an important actor as a neutral and influential mediator in the crisis in Afghanistan.

At the request of then US President Barack Obama, the Qataris began to speak to the Taliban in 2013. They then welcomed the negotiations concluded in 2020 between Donald Trump’s USA and the Taliban, then between the latter and the Afghan opposition of the now ousted President Ashraf Ghani.

Paradoxically, therefore, through their connections with the ultra-radical Islamists who returned to power to introduce Sharia law in Afghanistan, they have spectacularly risen to the top of the international scene.

“The Qataris have earned a reputation for being honest mediators who want to help the warring parties find a way to end them,” said Colin Clarke, researcher at Soufan Center, a New York-based think tank.

“What they have kept is the growing realization that Doha is the place where an agreement can be reached. (Doha) has become the Geneva of the Middle East, a place where belligerents can find themselves on neutral ground. ”

The emirate will have seen the heads of German, Dutch, British, Italian and American diplomacy and even the Saudi interior minister in 8 days. Blessed bread for his Foreign Minister Mohammed ben Abderrahmane Al-Thani.

US Secretary of State Antony Blinken, who is expected on Monday, has already indicated that he will express “deep gratitude” to Qatar for its role in evacuating foreigners and Afghans from Afghanistan who are likely to face Taliban reprisals.

The head of British diplomacy Dominic Raab also referred to the spectacular evacuation of the airport, which he described as “the largest operation of our time in which cooperation with our Qatari friends played no small role”.

Doha, where London, like the USA and the Netherlands, had already announced the move of its Afghan embassy, ​​has even inherited the status of an “influential keystone” in regional diplomacy, said Raab, who congratulated his “friend Sheikh Al-Thani”.

Indeed, Qatar has made itself indispensable. The Qatari ambassador to Afghanistan, Saïd ben Mubarak al-Khayarin, personally escorted American citizens and young Afghan women who were living in a boarding school to the airport. A strong gesture for these young girls, whose education is threatened by the Taliban.

This comeback of Qatar is all the more remarkable given that the wealthy emirate, best known for its gas reserves and boundless ambitions in the sports business, fell out with its neighbors until last January.

Saudi Arabia and three allied countries – the United Arab Emirates, Bahrain and Egypt – severed diplomatic relations with Doha in June 2017, accusing it of supporting Islamist groups to get along too well with their Iranian opponents and Turkey or in Turkey Unrest region. The Qataris, who have always denied, said they were the victims of a “blockade” and an attack on their sovereignty.

Now the emirate is at the center of all talks. But his role is neither clear nor immune to criticism.

The “limit of the Qatari game”

The French side Intelligence Online asserts that the high-ranking officials of the Qatari services, who were relieved in Afghanistan, were “convinced of the will of the Pashtun insurgents to share power” with the former regime.

First and foremost, the well-informed specialist media continue: “Since August 15, Doha has been amazed to see that the promises of the political representatives (Taliban) in exile and the realities on the ground are completely incompatible. ”

Several analysts also wonder about the longevity of the Qatari brokerage.

David Roberts, professor at King’s College London, wonders whether the Taliban interlocutors in Doha in Kabul “can keep an important place in the apparatus”. “There will be the limit of the Qatari game,” he assured us.

However, he adds to AFP, “I can imagine the phone lines have heated up white over the past few days. (The Americans) know that the Qataris have had years of usable contacts behind them […]. Qatar is playing this important and useful niche role “serving the United States”.

Others are even more suspicious, such as Michael Rubin of the conservative American Enterprise Institute (AEI) think tank, who regrets that Doha has given the Taliban international legitimacy and “given them access to the global financial system.” “Qatar is both a drug addict who needs attention and a country that seeks relevance,” he says.