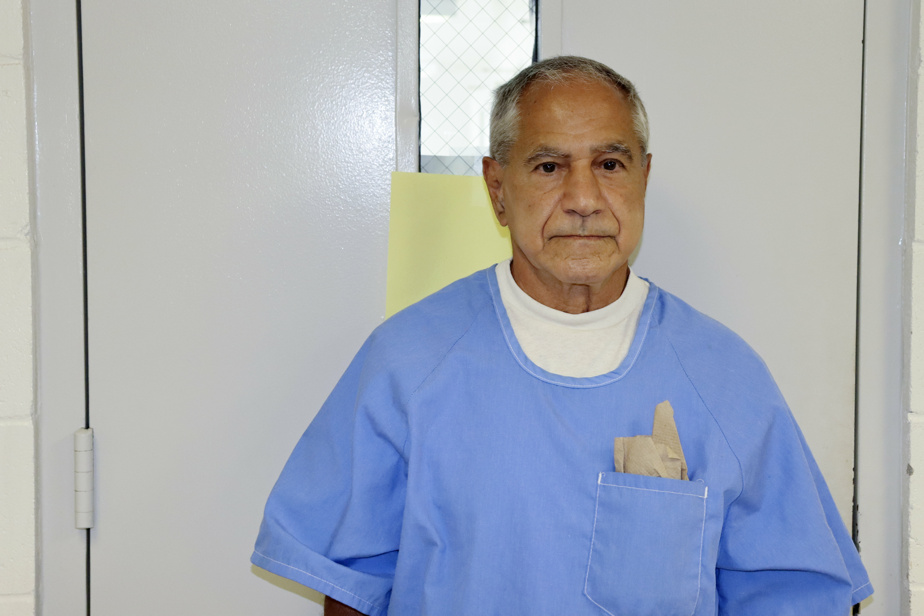 (New York) Sirhan Sirhan, a 24-year-old Palestinian immigrant, has been waiting for Robert Kennedy to walk through the kitchens of the Ambassador Hotel in Los Angeles for more than a quarter of an hour to have him pay with his life for his support for Israel.

It has just passed midnight on June 5, 1968. In a hotel ballroom, the brother of John Kennedy, the president who was assassinated less than five years earlier, celebrates the most important victory of his late presidential campaign in front of his supporters. By winning the Democratic primary elections in California, he not only dealt a fatal blow to main antiwar candidate Eugene McCarthy, but also shook Vice President Hubert Humphrey, the right-hand man of President Lyndon Johnson, who has renounced a second term.

The 42-year-old former US attorney general, who became a Senator from New York in 1965, vows to end the Vietnam War and end poverty. He embodies idealism at the heart of a terrible year marked by the Tet Offensive in Vietnam, the assassination of Martin Luther King in Memphis, and race riots in many American cities.

After his speech, Robert Kennedy goes into the hotel kitchen, followed by his entourage and many journalists. He takes this shortcut to get into the room where he is supposed to hold a press conference. He will not achieve his goal. Armed with a 22-caliber eight-bullet revolver, Sirhan Sirhan emerges from the shadows, opens fire and injures six people, including Robert Kennedy.

“Everyone is fine,” said the candidate, lying on his back with blood flowing behind his right ear.

“I’m with you, honey,” replies his wife Ethel, who has been expecting an eleventh child for three months.

Transported to the hospital, Robert Kennedy died 25 hours later. The others will survive their injuries.

The 16th time is the right one

For Robert Francis Kennedy’s admirers, this tragic death raised nagging questions: What would have happened to the United States if it had won the Democratic nomination, defeated Richard Nixon, ended the Vietnam War five years earlier, had promised so eloquently to fight poverty and racism?

Obviously, this death left an unfathomable void for members of his family. Void, which these days is accompanied by a public split over the fate of its assassin.

Convicted of the murder of Robert Kennedy, Sirhan Sirhan was sentenced to death in the gas chamber of San Quentin Prison in 1969. His sentence was commuted to life imprisonment in 1972 after the death penalty was briefly suspended in California.

However, on August 27, the California Parole Board recommended an end to his detention and responded to Sirhan’s 16th request to do so.

After a 90-day review period, this decision is submitted by 2 of the 18 commissioners to the California Governor, who has 30 days to approve or reject it. In the meantime, six of Robert Kennedy’s children have spoken out against the release of their father’s killer, and two others were in favor.

Ethel Kennedy, the widow of Robert Kennedy, and his eldest daughter Kathleen have remained silent on the matter. But Kathleen has previously expressed sympathy for the theory that Sirhan would not have acted alone and that he may not even be the killer. This theory is defended by Robert Kennedy Jr, the third son of RFK, who advocates the conditional release of Sirhan.

Long known for his environmental struggles, Robert Kennedy Jr is now considered one of the most influential American anti-vaccine personalities in the world.

It is believed that at sibling meetings, 2 of the 11 members of which have died, certain topics should be avoided.

From indignation to pity

The now 77-year-old Sirhan Sirhan has long been in the dark about his role in the assassination of Robert Kennedy. During his last hearing before the parole board, he said he took responsibility for getting the gun to the scene and firing the shots. But he repeated that even his memory of the murder let him down.

Sirhan Sirhan was escorted into the courtroom by his prison attorney during his June 1968 trial in Los Angeles.

Although Sirhan did not make a full admission, the parole board concluded that he no longer posed a threat to society. In particular, she noted that Sirhan had participated in more than 20 programs in the prison, including anger management and tai chi classes.

Rory Kennedy, who was in the womb when his father was murdered, was outraged in a column published by the New York Times: “How can you express remorse while refusing to take responsibility? And how […] Can one be considered rehabilitated if one does not recognize one’s role in the crime oneself? “

In contrast, Douglas Kennedy, tenth sibling, expressed “sympathy” for Sirhan during his recent hearing before members of the commission.

I’ve lived my life in awe of both him and his name in one way or another. And today I am grateful to see him as a person who deserves compassion and love.

Robert Kennedy Jr. also met Sirhan Sirhan in 2017. He later said he was “worried that the wrong person might be because of the murder [son] Father “.

In particular, proponents of the second shooter theory argue that Robert Kennedy was hit by a bullet fired at close range behind the right ear while Sirhan was supposed to face him. An acoustics expert also estimated the number of shots fired at 13, while Sirhan’s gun could only hold eight cartridges.

This theory ignores conflicting explanations and overwhelming evidence, including this handwritten note from Sirhan: “RFK must die. Interviewed in 1989 by journalist Robert Frost, Sirhan said his “only connection” with JFK’s brother was “his support for Israel and his deliberate attempt to send 50 bombers to Israel to harm the Palestinians”.

Laschet against Scholz: duel for the Chancellery |