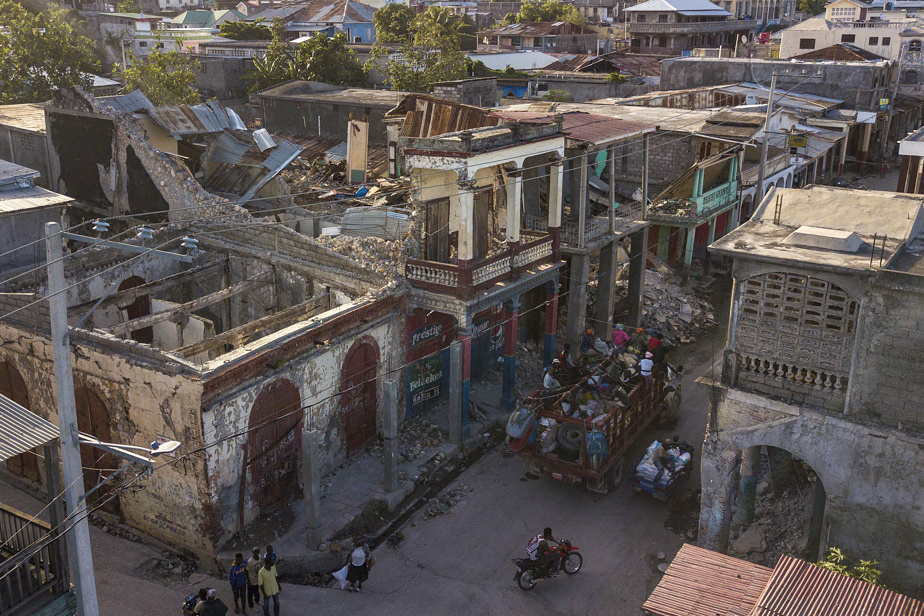 (Port-au-Prince) Five days after the earthquake that devastated southwest Haiti, the challenge is to provide humanitarian aid to the hundreds of thousands of victims, some of whom live in remote areas.

“We have around 600,000 people directly affected and in need of immediate humanitarian assistance,” said Jerry Chandler, director of Haitian Disaster Management, of the National Emergency Response Center in Port-au-Prince.

“We had to find ways to ensure safety, which remains a major challenge. We know there was a problem with the southern exit of Port-au-Prince in Martissant, but this problem has apparently been fixed as we were able to pass the last two days, ”he explains.

Since the beginning of June, safe traffic has not been possible on the two kilometers of the national road that crosses the Martissant area, a poor district of the Haitian capital devastated by the clashes between the gangs.

After the earthquake that devastated the country, authorities said that sporadic gunfire and random vehicle attacks were halted without a police operation to regain control of the neighborhood.

If this informal ceasefire, observed by the armed gangs, brings relief to humanitarian actors, the distribution of aid to the earthquake victims remains no less complicated.

“There have been times when we have encountered a little frustrated and impatient populations that are causing problems and precisely blocking the convoys,” says Jerry Chandler.

“The idea is to arrive as quickly as possible and serve as many people as possible,” he is convinced.

The city of Maniche was badly hit by the earthquake

More than 200 kilometers away, in the small town of Maniche, residents are hoping for the support they urgently need after the 7.2 magnitude earthquake that killed at least 1,941 people and injured more than 9,900.

“All the facilities that we had in the city are in ruins: we no longer have any churches, the parish hall, the pharmacy have collapsed …” List with dismay Rose Hurguelle Point du Jour.

Geordany Bellevue shares this clutter and is most concerned about the remote areas of his community.

“There have been many landslides in the mountains, killing and injuring many people. Some are missing and we don’t have the capacity to find them on the peaks, ”explains the 32-year-old.

“Getting aid here in downtown Maniche is already complicated, so if it does happen, victims in remote areas will never be reached,” he complains, recalling the management of humanitarian aid after the hurricane Matthew struck the area in October 2016.

After thrombosis with AstraZeneca, myocarditis with Pfizer

Psaki reprimands reporter: “You have never been pregnant” |

Biden comments on withdrawal from Afghanistan