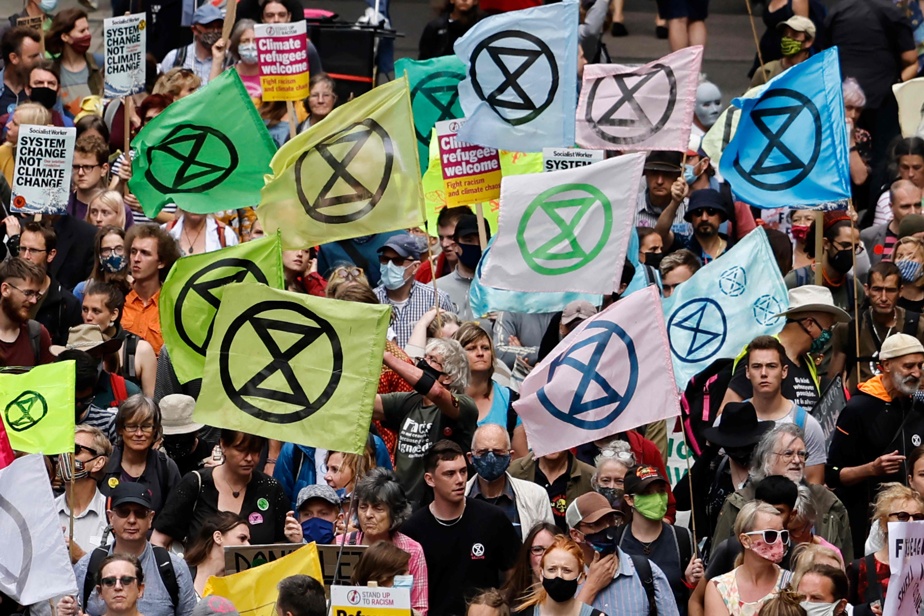 (London) The environmental movement Extinction Rebellion demonstrated in London on Friday to denounce the funding of the fossil fuel industry by the City of London as part of the actions carried out in the British capital earlier this week.

Hundreds of people marched to the sounds of percussion through the heart of London, where the offices and headquarters of many financial institutions around the world are located.

Protesters held posters with slogans such as “No future for fossil fuels”, “Stop funding the climate chaos” and “Nothing is impossible,” noted AFP journalists.

The movement wants to “underscore the UK’s centuries of complicity” in oil and gas exploration, he tweeted.

Protesters stopped in front of the building that housed the offices of the Maples financial services company and posted a poster that read “Maples Group” and “Built with blood money.”

“We are targeting Maples who use tax havens and therefore do not pay taxes,” accused the protester Trina, 47, and added that “many other companies, banks, insurance companies do the same”.

Previously, the procession threw mostly red paint on the Standard Chartered Bank building and the City Council building and demonstrated in front of the Bank of England.

In a statement, London police said they had arrested 16 people, bringing the number of arrests to 305 since the start of operations.

“Whether it is about financing fossil fuels, using trade rules to abolish environmental protection, demanding debt repayments that prevent southern countries from investing in adapting to climate change, these companies and financial institutions are a major cause of climate change”, stresses Global Justice Now.

Hundreds of people demonstrated on Wednesday in front of the Brazilian embassy in London for their solidarity with the thousands of indigenous peoples who were mobilized in this country against the policies of the Brazilian president, in particular against the deforestation of the Amazon.

The environmental group Extinction Rebellion (XR) started two weeks of protests and actions in London on Monday to call on governments to take “urgent” action against climate change.

Founded in 2018 in the UK, this network of activists regularly uses civil disobedience to highlight government inaction on climate change.